Dean Martin and His Outstanding Contribution in Christmas Season 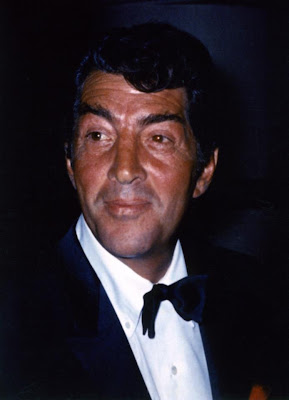 Hey pallies, likes by the turn of the calendar page, we have arrived at December 1, and thus the beginnin' of our month long pilgrimage to Dino-winter-day. Here at ilovedinomartin, we tag the day of our most beloved Dino's departure from earth, December 25, "Dino-winter-day." And, we are committed to spend this entire month with special Dino-honorin' posts with the deepest, purest, and truest homagin' of the life, the times, and the teachin's of our King of Cool.

To begin our month of Dino-remembrance, we turn to the blog pad, "presentations-plus.biz," where a pallie has honored our great man with the great post, "Dean Martin and His Outstanding Contribution in Christmas Season." Although the post is quite brief in scribage, and contains a couple of glarin' errors of standard Dino-facts, it does include a couple of deeply devotional Dino-insights....

"Dean Martin is certainly a crooner, producing a number of sensual love songs and cozy Christmas tracks to the world for over decades already."

"Dean Martin’s cool and cozy voice awakens the spirit of most individuals who continuously support his music."

Likes never ever heard our Dino's croonin' described as "cozy," but likes gotta 'fess up that I likes totally totally digs that Dino-notion!

Thanks to the unnamed pallie at "presentations-plus.biz" for gettin' our month long Dino-winter-day rememberance off to a Dino-homagin' start. Certainly hopes that pallies that drop by this pad with seek out the truth of our Dino's "Outstanding Contribution in Christmas Season." To view this in it's original format, likes just clicks on the tag of this Dino-message. Dino-awed, DMP

Dean Martin and His Outstanding Contribution in Christmas Season 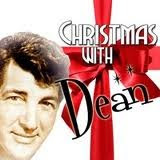 We often hear a lot of Dean Martin Christmas songs, but do we know a little about his personal life as a legendary crooner? Dean Martin is certainly a crooner, producing a number of sensual love songs and cozy Christmas tracks to the world for over decades already. His original name, Dino Paul Crocetti, made his way to stardom by literally rolling with the punches.

His first big break was in 1946 at a certain club in New York City when he met a young comedian name Jerry Lewis. The two developed as good friends and started to support each other. With their pair, it made Dean Martin to an almost online celebrity. After several years, he became a servant as a straight man in the radio and television, giving him a moderate success. Dean Martin’s cool and cozy voice awakens the spirit of most individuals who continuously support his music. Aside from the usual songs he released for the rest of the year, he is also covering songs about Christmas songs.
Posted by dino martin peters at 7:08 AM