Hey pallies, likes tomorrow will comes to be looked upon as a stellar day in on-goin' Dino-history. On November 9, 2010, the 50th Anniverarty Blue Ray DVD edition of "Ocean 11" releases and is likes sure to bring throngs of new pallies to comin' to true Dino-knowlege, to pure Dino-love, and to devout Dino-devotion!

From the pad "Blu-RayDefinition.com" and the pen of Mr. Brandon DuHamel comes an outstandin' review of this brilliant flick. Mr. DuHamel does a fine job and givin' all the details on this Blu-ray edition...sounds likes there are some great extras for all us Dino-philes to enjoy. 'Specially gots to say that I loves the vid caps that are included in this Dino-prose.

ilovedinomartin sez our thanks to Mr. Brandon DuHamel and the pallies at "Blu-RayDefinition.com" for liftin' up the name of our Dino in this way. To view this in it's original format, just clicks on the tag of this Dino-post. Dino-awed, DMP 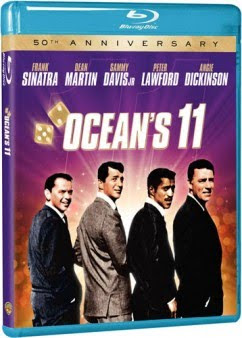 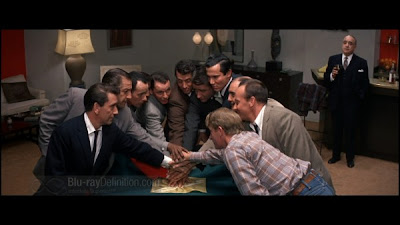 When it came to cool and hip the “Rat Pack,” that is to say, Frank Sinatra, Dean Martin, Sammy Davis, Jr., Peter Lawford and Joey Bishop had it in spades. So, it’s no wonder then that this 1960 film, Ocean’s 11, starring the fun loving, hard partying group also oozes an abundance of cool and style that its 2001 remake with George Clooney et al can barely muster.

It’s New Year’s Eve and Danny Ocean (Sinatra) has gathered together a group of his old army buddies to pull off the most outrageous heist ever, a robbery of all the Vegas strip’s casino vaults simultaneously at the stroke of midnight. The plan is to knock out the power to the Vegas strip, rig the vaults and raid them, making off with the loot.

The gang’s all here for this stylish heist, filmed on location in Las Vegas and powered by some swinging big band tunes, a sexy performance by Angie Dickinson, and the trademark off-kilter humor of the Rat Pack. For a look at these true originals at play (and a little bit of work too) you have to check out this original version of Ocean’s 11. 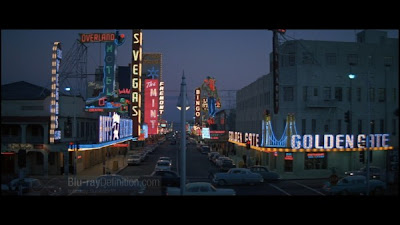 The 2.35:1 1080p/24 VC-1 encoding of the 1960 film looks above average for a catalogue release, but not spectacular. There is still a lot of noticeable source damage in the image and the overall detail level is a bit soft, but there is a layer of grain remaining in the image that keeps it looking film-like and no noticeable processing artifacts get in the way. 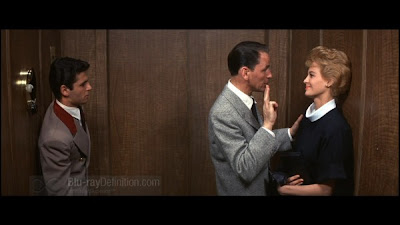 Audio consists of a simple DTS-HD Master Audio 1.0 mix of the original soundtrack. Dialogue is clear, but there are still some noticeable limitations of the day audible. Apart from that, the sound is what you’d expect from a monaural mix from 1960. Kudos should go to Warner for providing the original mix, however. 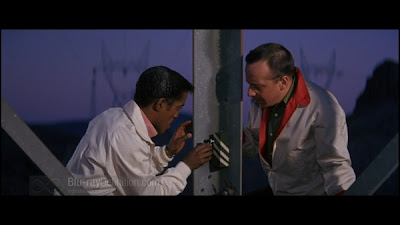 The supplements provided with this release are: 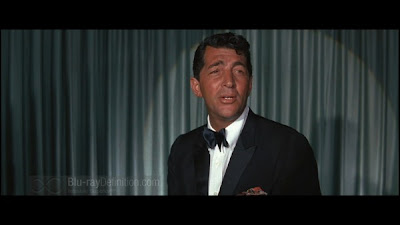 Warner finally brings the original Ocean’s 11 film to Blu-ray in a solid release with some classic supplementary footage that Sinatra fans are sure to love. The 2001 remake can’t touch this version in its easy style and laid-back humor. Recommended. 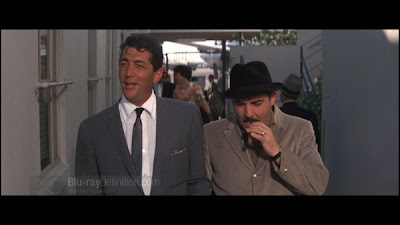 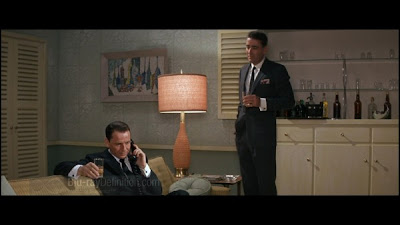 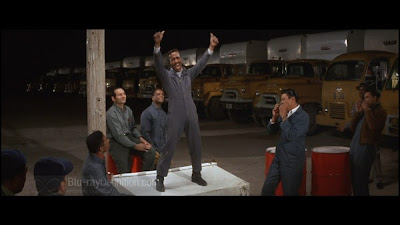 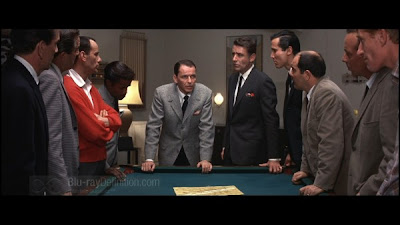 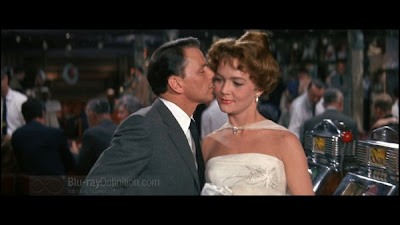