.....but many people forget about Dean Martin the family man.

Hey pallies, likes today ilovedinomartin is simply delighted to takes you to our great Dino-lovin' pallie David Lobosco's classic entertainment blog, "A TRIP DOWN MEMORY LANE," for David's Dino-amorin' photo essay, "PHOTOS OF THE DAY: DEAN MARTIN AND FAMILY." In this awesome month of deep deep Dino-amore it is likes totally totally refreshin' to have Mr. Lobosco puts the accent on our most beloved Dino's love for his fam.

Just lookin' at these stunnin' pixs of our Dino with his fam shows youse simply how deep and abidin' was our great man's amore of his prodigy. Seein' our Dino playin' horsey, helpin' his boypallies build some muscle, havin' some fun in the sun, and swingin' with his kids show us Dino-holics simply how truly and purely devoted is this beautiful father to his beautiful family.

ilovedinomartin thanks our great pallie Mr. David Lobosco for sharin' with his readership 'nother huge aspect of Dino-amore....father to fam. To checks this out in it's original format, simply clicks on the tag of this here Dino-gram. Dino-lovin' and Dino-loved, DMP

PHOTOS OF THE DAY: DEAN MARTIN AND FAMILY

When people hear the name Dean Martin, they instantly think of a carefree crooner who loved booze and women. That might be true of Frank Sinatra, but many people forget about Dean Martin the family man. He would much rather be at home with his children than out with cronies like Sinatra and Sammy Davis Jr. Dino was married three times. He was married to Elizabeth MacDonald from 1941 to 1949, Jeanne Biegger from 1949 to 1973, and to Catherine Hawn from 1973 to 1976. Out of those three marriages, Dino had seven children and one that he adopted. Here are some candid pictures from Dean Martin and family... 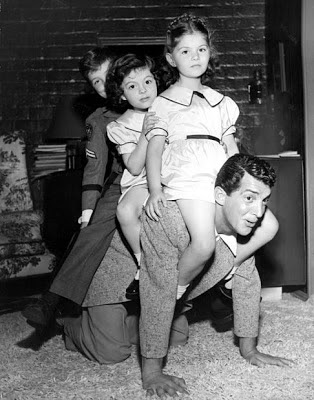 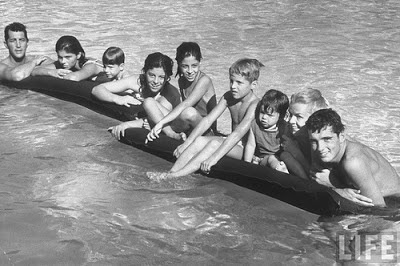 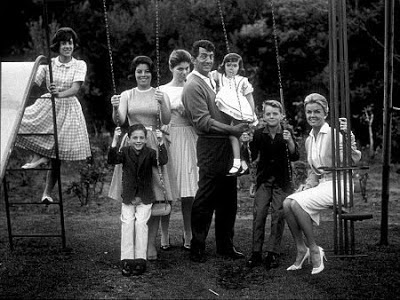 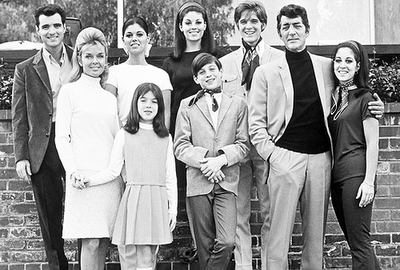 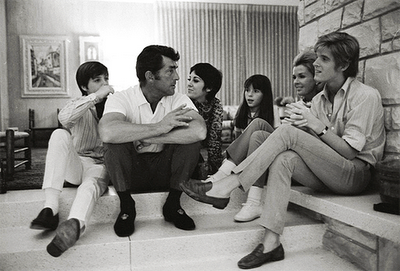 Somewhere along the way, I read that our Dino also provided care for his own elderly parents -- at our Dino's Mountain Drive estate.

Our Dino's parents are buried in the same cemetery as our Dino.

Photo of our Dino with his parents

Son Craig (the oldest) was gorgeous! I wonder what he looks like now? Sad seeing pictures of Dino, Jr.

Hey pallie, likes thanks ever so much Miss AOW for all that Dino-researchin'! Keeps lovin' our Dino!

Hey pallie, likes Miss Carol, how grand to hear from you 'gain...last I heard Craig was in Hawaii...but that was long 'go.
Keeps droppin' by and sharin' some Dino-patter. Keeps lovin' our Dino!

Here is another link of interest:

When the Moon hits Your Eye

Here is another link of interest:

When the Moon hits Your Eye

Hey pallie, likes thanks very much BC...a very informative Dino-link for sure. Keeps lovin' our most beloved Dino!