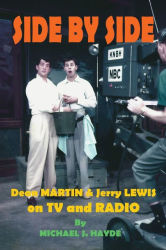 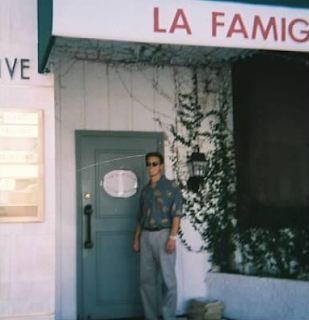 Hey Pallies! Long time no post! Mr. DMP is correct as I'm in full time dad mode, and all time husband mode over the past 6 years or so. But I do check this swank Dino-site most all the time baby!

I just wanted to drop a line to notify the best Dino-blog in the webs regarding what I just found out today. A new book!
Side By Side: Dean Marting & Jerry Lewis on TV and Radio
Weighing in at 514 pages and listed price at $29.95!!


“A treasure trove for any fan of Dean and Jerry, packed with valuable information, behind-the-scenes stories, and a dizzying array of rare photos. I couldn’t put this book down!”
– Leonard Maltin


Overview:
"Dean Martin & Jerry Lewis were the most successful comedy team of the 20th century, but if you've only seen them in movies, you haven't really seen them.

For years their only legacy was 16 starring films that shoehorned them into predictable situations far removed from the mutual affection and uninhibited slapstick that captivated audiences. That changed when their starring appearances on The Colgate Comedy Hour were released to home video. Fans of old-time radio have also discovered their fine work in that medium. Television and radio gave the team freedom to improvise, as well as showcase favorite night club routines.
More than a chronicle of classic comedy, Side By Side tells the Martin & Lewis story: two friends whose individual ambitions gradually drove a wedge between them that carried into their work. It recounts in detail their legendary feuds and final split, and equally legendary reunions."

Hey pallie, likes Eddie-o, thanks for this delightful Dino-news...we are goin' to have to checks this Dino-tome out. Keeps lovin' 'n sharin' our marvelous main man...DINO!

Cool cool stuff, Eddie my bro! Thanks for the heads-up! Great to see youse postin’ ‘gain!