Dino had been there to support Olivia throughout her ordeal and she fell in love with him.

Hey pallies, likes ilovedinomartin is always always always ever eager to learn each and every detail 'bout our most beloved Dino, includin' inside information on fam Martin, likes 'specially on the life and times of our Dino's beloved boypallie and namesake, Dino Martin Jr.  Recently the web has come 'live with news of a new autobiography by Miss Olivia Hussey, Dino Jr.'s first wife.  The tome is tagged "The Girl on the Balcony," and appears to be a "tell all" memoir of Olivia's life.

As most often happens when an author releases a new book there is a fantastic flurry of primo promotion to entice pallies to go out and get their hands on the volume.  Today we share small portions of intriguin' information from "The Girl on the Balcony" from the Brit blog, "Daily Mail.com," where Miss Caroline Howe has superbly scribed the potent post, "Romeo & Juliet actress Olivia Hussey reveals mortifying moment in front of the Queen and how Dean Martin's son Dino threatened to have a lover 'killed' after he beat her to a pulp, raped her and got her pregnant in new memoir."

Likes pallies as youse can see from the long tag our Dino's Dino can be found front and center in the pages of Olivia's life recollections.  Below are a couple of exquisite engagin' poses of Dino Jr. and Miss Olivia as well as all Dino Jr. related rich reflections from Miss Howe's wisely written words.
We gotta 'fess up that we can't wait to get our hands on this book 'cause we know it will provide a wealth of insights into Dino Jr. as well as info on fam Martin and our Dino himself as Hussey us quoted sayin' "She also adored Dino's family."

We are coolly certain that we will be postin' other reviews of "The Girl on the Balcony" for your Dino-edification.  We thanks Miss Caroline Howe and all the pallies at "DailyMail.com" for lettin' the world know of the release of this tome full of deep deep details of our most beloved Dino's most beloved boypallie, Dino Martin Jr.  To checks this out in it's original source and read it in total, simply clicks on the tag of this Dino-report.

Romeo & Juliet actress Olivia Hussey reveals mortifying moment in front of the Queen and how Dean Martin's son Dino threatened to have a lover 'killed' after he beat her to a pulp, raped her and got her pregnant in new memoir

By CAROLINE HOWE FOR DAILYMAIL.COM

She met Dino Martin, son of singer Dean Martin and his wife Jeanne. Dino was considered a golden boy, nonchalant about his famous family.

Dino romanced Olivia, took her to all the famous Hollywood restaurants, introduced her to stars and his best friend, Desi Arnaz, Jr., son of Lucille Ball and Desi Arnaz. 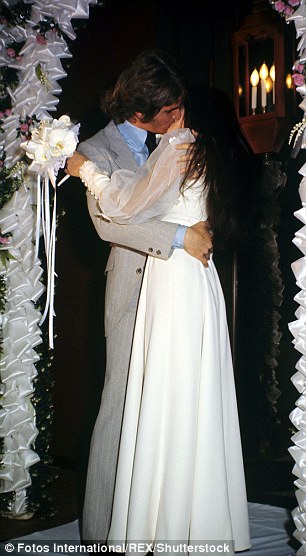 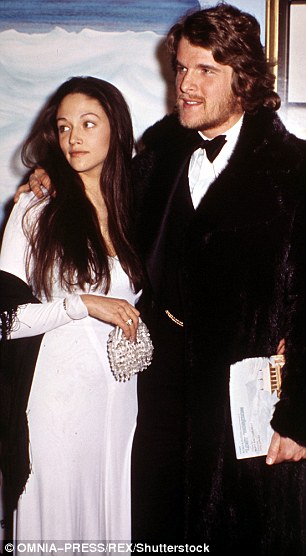 The marriage ended seven years later after she realized Martin had cheated on her while she was pregnant. Dino died in 1987

Rudy loved smoking dope and Olivia joined him becoming more paranoid throughout the day. Dino would join them and they'd head off to satisfy their munchies.

But then some dark sinister force brought Christopher Jones into her bedroom one night at Cielo Drive.  Hussey thought one of Rudy's dogs had pushed open the door but then the door closed.
Jones was hallucinating and hearing voices, twitching while whispering sweetly but incoherently and then he was suddenly punching and beating Olivia for an hour 'all the while grinding his teeth and snarling, his spittle spraying me', she writes. 'Then he raped me'.  It was all over at 5.30 in the morning and Olivia's blood covered the sheets and pillows.  'In some way, I had always know that it would come to this; that it was only a matter of time before the dam broke and all of Chris's anger washed over me', writes Hussey.

She called Dino whose first words were 'I'm going to have him killed'.

Dino had been there to support Olivia throughout her ordeal and she fell in love with him.

'Out of that horror came some of the brightest, happiest days of my life. I was very much in love', writes Hussey. She also adored Dino's family.

They tied the knot in Vegas and Olivia was so into the marriage, she even learned to cook.

When Desi Jr. started dating Liza Minelli, she and Olivia became close friends as well as the godmother of Olivia's first child.

The two couples spent a lot of time together, flying to Vegas and back the same night, getting tipsy on Saturday nights at Madeo's, a hot Beverly Hills restaurant, and Sunday morning hitting tennis balls to dispel hangovers.

She and Dino had a beautiful baby boy, Alexander Gunther Martin but the marriage turned out to be a flop, as did the film.

Dino had begun cheating on her when Olivia was seven months pregnant.

'A light had gone out and we both knew it. If we'd been older, perhaps we'd have gone to counseling,' she writes.

The glory days were over. Dino was arrested for an illegal gun collection. They sold their house, split the money and went their separate ways.
Posted by dino martin peters at 8:07 AM

Sounds like s bittersweet love story, but I’m SURE the experience in a whole is some of the best memories she has. Will be an interestin’ part of the book, no doubt!

Hey pallie, likes Danny-o, as usual youse speak from the center of your Dino-heart. btw, did youse know that you are part of this Dino-gram at ilovedinomartin?

Keeps lovin' 'n sharin' our one, our only DINO!

I think I'll order this from Amazon--after my workday ends today.

Hey pallie, likes Miss AOW, cool! As it may be a few before we get our hands on this tome ourselves, we will 'specially be delighted to have you share your thoughts after delvin' deeply in this memoir. Keeps lovin' our most beloved DINO!

Hey pallie, likes Miss AOW, likes thanks ever so Dino-much! Keeps lovin' our most most most beloved DINO!

DMP,
The book arrived today! I'll get started on it tomorrow.

In the photos section of the book, there are two photos which I've never seen before: (1) our Dino with Olivia Hussey, sitting at a table; Jeanne took the photo, which comes from Ms. Hussey's private collection and (2) a photo with the entire Martin clan with Olivia Hussey on her wedding day.

Hey pallie, likes Miss AOW, thanks for that early Dino-report. Keeps lovin' our most beloved DINO!