Hey pallies, likes we here at our humble little ilovedinomartin blog gotta 'fess up that we never ever tire of the thrill of the Dino-hunt....the solemn search for delightful Dino-devotion to share with all youse Dino-philes from 'round the Dino-universe.  Likes we are always 'n ever awesomely appreciate of our pallies at google 'lerts who incredibly immensely hugely help us in our Dino-searchin' and today is yet 'nother extraordinary example of there exemplary efforts in uncoverin' Dino-treasure.

Likes recently our pallies at google sent us to the web pad of CBS8.com...San Diego's CBS television station channel 8 where they shared a perfecto post tagged "News 8 Throwback: Celebrity sightings around San Diego through the years."  And, likes youse guessed it Dino-holics one of the coolest of cool "Celebrity sightings" was of our one and only Dino!  The post remarkably remembers when "It was October 1979 and Dean Martin came to town to shoot a Christmas special at SeaWorld San Diego."  Likes as youse will be able to view in all it's Dino-glory, "News 8’s Doug McAllister" shot some fun footage of our Dino in the process of filmin' his NBC television special “Dean Martin’s Christmas in California.”

We loves! loves! loves! to see our Dino on site in San Diego patterin' with Mr. McAllister.  Likes these historic Dino-moments captured on film truly truly brings such happiness to our Dino-hearts and such pure pleasure to our Dino-edification.  We thanks the pallies at San Diego CBS 8 for sweetly sharin' these Dino-moments with the wider Dino-world!  To checks this out in it's original source, likes simply clicks on the tag of this Dino-gram. 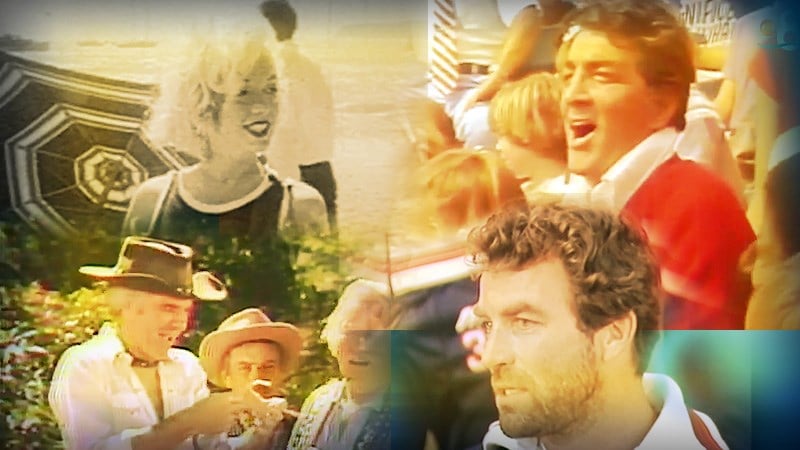 News 8 Throwback: Celebrity sightings around San Diego through the years

SAN DIEGO (NEWS 8) — Whether as the backdrop for a film or the location of a television special, San Diego has sparkled on screens big and small over the years. It’s no surprise to those of us lucky enough to call it home that several celebrities have chosen sunny San Diego as the setting for TV shows, movies and even sporting events.
Our archives are full of famous faces and in this News 8 Throwback we find a few of the hottest names from the 1950s, ‘70s and ‘80s around America’s Finest City.
Lights, camera, action...
It was October 1979 and Dean Martin came to town to shoot a Christmas special at SeaWorld San Diego. He brought along some famous friends including Shirley Jones and Dom DeLuise to record “Dean Martin’s Christmas in California.” News 8’s Doug McAllister tried to get details on the special but the “King of Cool” wasn't giving much away.
To view on YouTube, click here.
Posted by dino martin peters at 4:03 PM

Wow! Great stuff, pallie! Loves seein’ Dino in his element. Behind the camera, especially. Thanks for all your never endin’ hard work to bring these Golden Dino-nuggets our way, DMP!

Hey pallie, likes Danny-o, truly thrillin' to discover these Dino-gems and share 'em with Dino-holics 'round the Dino-universe! And the raisin' of the praisin' all goes to our one, our only DINO! Keeps lovin' ' sharin' our mighty marvelous magnificant DINO!

Hey pallie, likes Eddie-o, knows dude that it truly truly was like openin' a great great gift from our most beloved Dino and we are greatly glad to have been able to share it with deeply devoted Dino-holics such as youse. Keeps lovin' 'n sharin' our one, our only DINO!