In a press released tagged, "RSR’s Packy “Boom Boom” Goldstein Gets More Press – Breaking News,"  Mr. Berkwitt shares our patter on Packy's patter that we featured on September 15 of this very Dino-year.  All youse Dino-philes can likes access it  HERE  or from the press release below.

Once 'gain, we here at ilovedinomartin are humbled by Mr. Berkwitt's sharin' of our Dino-reportin....sure to bring a goodly number of pallies to the door of ilovedinomartin and into deeper appreciato for our most beloved Dino.

Likes, we 'gain sez our thanks to Mr. Brad Berkwitt and to Mr. Packy Goldstein for all their efforts in the cause of spreadin' Dino-devotion and makin' others aware of our Dino-conclave.  To checks this out in it's original format, simply clicks on the tag of this here Dino-gram.  With the deepest of Dino-thanks, DMP 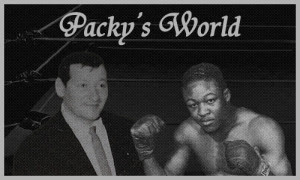