Hey pallies, likes tomorrow is 'nother huge huge day in Dino-history, the remembrance of the birth of our Dino's youngest boypallie Ricci James......the day of Ricci  joinin' family Martin..    It was 62 years ago on September 20, 1953 that our Dino's youngest boypallie, Ricci James, made his entrance into the world. Ricci has shown his deep, pure, and true devotion to his daddy-o by scribin' a wonderful bio of what it was like livin' in fam Martin. Likes if you haven't read "That's Amore," we would hugely hugely encourage you to gets yourself a copy and soak deeply in Ricci's  most reverent remembrances of bein' a prodigy  of the King of Cool.

And, since 2003 Ricci James has toured the globe helpin' keep his father's amazin' life, times, and legacy alive doin' his very own outstandin' Dino-trib. Likes for us Dino-holics, likes Ricci's greatest effort in showin' amore to his father was when he created our Dino's one and only MTV music vid, "Since I Met You Baby" in 1982...and he tells such wonderful tales 'bout the filmin' of the vid in his Dino-bio.

Below are some fav pixs of Dino's youngest male prodigy, as well as a couple of clips of Ricci's Dino-trib. And, likes we  just couldn't resist again sharin' our Dino at his finest in the "Since I Met You Baby" MTV vid.  Likes if you clicks on the tag of this here Dino-gram you will be transported to Ricci's own pad and his bio which included a primo pristine vid of "Since I Met You Baby."

ilovedinomartin sends the happiest of  happy B-day wishes to Ricci on his day, with mucho mucho Dino-appreciato for likes all he has done, is doin', and will always continue to do to lift up the name of his most beloved daddy-o and helpin' tons more pallies to come to know, love, and honor our most amazin' Dino! Dino-devotedly, DMP 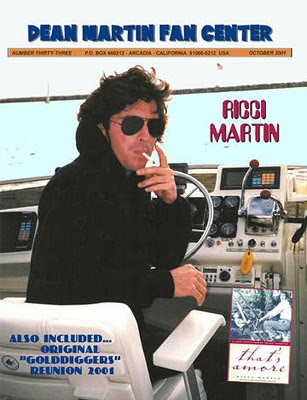 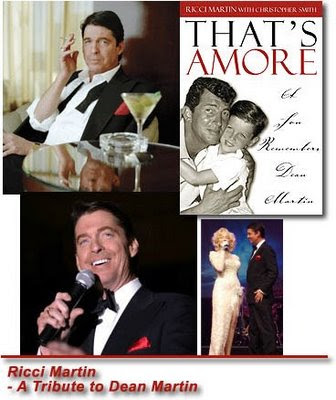 Dean Martin - Since I Met You Baby by mimivar83
September 20, 1953 Ricci James Martin was born
Posted by dino martin peters at 7:09 AM

A very important indeed in the Dino Family history. Happy Birthday Ricci! Thank you my friend for the wonderful collection of pictures and clips, it was a wonderful treat as always.

Have a nice week!

Hey pallie, likes Scotty-o, per usual, you are lieks most welcome...as our Danny-o sez, Ricci is truly "makin' your Daddy-O proud!" Keeps lovin', keeps sharin' our most most beloved Dino!