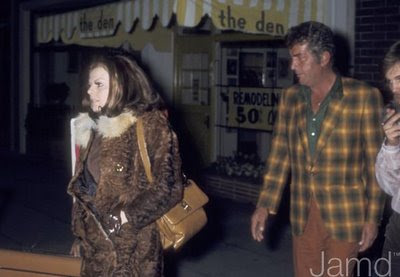 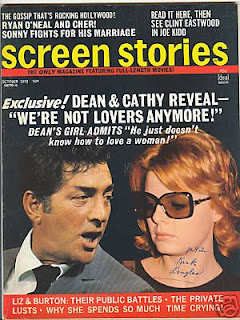 Hey pallies, likes it's 'nother important day in Dino-history today....and indeed it has an amore theme to it as well, but likes then what coulda there be 'bout our most beloved Dino's life that doesn't touch on amore in some Dino-way?!?!?!   Likes it  was on  February 24, in the year of our Dino 1976 that Dino legally cut the strings to wife numero three, Catherine Mae Hawn, and ever more woulda be a free agent.

Likes I found the "TV Movie Screen" cover below likes so so revealin' that our great man the day after he said I do to Cathy, was already havin' second thoughts 'bout his marriage to her. At least, on paper the marriage lasted not quite three years.

Our Dino crooned that he was "Not The Marryin' Kind" and indeed after he became free of Miss Hawn, he chose not to tie the knot 'gain 'though in an filmed interview he alluded to the possiblity of returnin' to wife numbero duo, Jeanne Biegger, but that was not to happen. This Dino-date was verified by the pallies at the Dean Martin Timeline, which you can check out if you clicks on the tag of this Dino-gram. Dino-rememberin', DMP 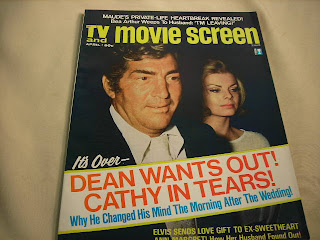 I remember this well. The year of America's Bicentennial, and February 24th is my birthday.

Hard to believe that our Dino was single for nearly all of the 20 last years of his life. He'd always been the marrying kind.

Hey pallie, likes Miss AOW happy belated birthday will all the pallies here at ilovedinomartin. Why is it that guys think that our Dino was not the marryin' kind and gals thinks he was? Keeps lovin' our most beloved Dino!