If there had to be one image for cool, the one man to fit it would be Dean Martin. Hey pallies, likes it's over a month after the Dino-date, but in doin' our google blog searchin' of Dino-devotion we recently came 'cross a marvelously massive homagin' of our most beloved Dino on the anniversary of his entrance onto the planet, and we simply simply had to share it with all youse Dino-holics everywhere.  From the blog "FROM THE VAULTS" where a dude who tags himself "boppinbob" we shares with you the post "Dean Martin born 7 June 1917."

The homage is internationale in that "Bob" calls Havant, Hampshire, UK home, where  he is a process technician in the chemical industry.  In his blog introduction  "Bob" states that "I just love nostalgia, especially music from the 1920's to the 1960's, so our Dino fits right in with his musical interests.

"Bob" has assembled a first rate set of Dino-poses and a croon and a clip to goes long with his detailed bountiful  biographical Dino-info "mainly edited from Wikipedia."  We gives "Bob" a ton of credit for creditin' Wiki, and we must say that we enjoy the way he has creatively scribed it here.

ilovedinomartin sez our thanks to "boppinbob" for sharin' his Dino-appreciato with his musical readership and helpin' many we are sure to grow in knowin', lovin', and honorin' our Dino.  To checks this out in it's original format, simply clicks on the tag of this Dino-presentation.  Dino-delightedly, DMP 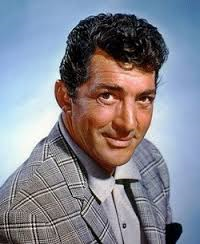 Dean Martin (born Dino Paul Crocetti; June 7, 1917 – December 25, 1995) was an American singer, actor, comedian, and film producer. One of the most popular and enduring American entertainers of the mid-20th century, Martin was nicknamed the "King of Cool" for his seemingly effortless charisma and self-assuredness. He was a member of the "Rat Pack" and a star in concert stage/nightclubs, recordings, motion pictures, and television. He was the host of the television variety program The Dean Martin Show (1965–1974) and The Dean Martin Celebrity Roast (1974–1985). 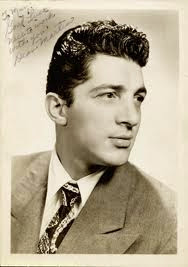 If there had to be one image for cool, the one man to fit it would be Dean Martin. Born in Steubenville, Ohio, he spoke only Italian until age five. Martin came up the hard way, with such jobs as a boxer (named Kid Crochet), a steel mill worker, a gas station worker and a card shark. 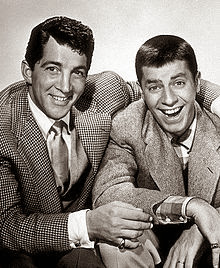 In 1946 he got his first ticket to stardom, as he teamed up with another hard worker who was also trying to hit it big in Hollywood: Jerry Lewis. The duo were to become one of Hollywood's truly great teams. They lasted 11 years together, and starred in 16 movies. They were unstoppable, but personality conflicts broke up the team.

Even without Lewis, Martin was a true superstar. Movies such as The Young Lions (1958) and Rio Bravo (1959) brought him international fame. One of his best remembered films is in Ocean's Eleven (1960), in which he played Sam Harmon alongside  Frank Sinatra, Sammy Davis Jr., Joey Bishop and Peter Lawford.

As Martin's solo career grew, he and Frank Sinatra became friends. In the late 1950s and early 1960s, Martin and Sinatra, along with friends Joey Bishop, Peter Lawford, and Sammy Davis, Jr. formed the Rat Pack, so-called after an earlier group of social friends, the Holmby Hills Rat Pack centered on Humphrey Bogart and Lauren Bacall, of which Sinatra had been a member.

The Martin-Sinatra-Davis-Lawford-Bishop group referred to themselves as "The Summit" or "The Clan" and never as "The Rat Pack", although this has remained their identity in popular imagination. The men made films together, formed part of the Hollywood social scene, and were politically influential (through Lawford's marriage to Patricia Kennedy, sister of President John F. Kennedy). 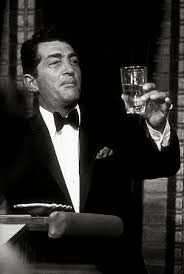 The Rat Pack were legendary for their Las Vegas Strip performances. For example, the marquee at the Sands Hotel might read DEAN MARTIN---MAYBE FRANK---MAYBE SAMMY. Their appearances were valuable because the city would flood with wealthy gamblers. Their act (always in tuxedo) consisted of each singing individual numbers, duets and trios, along with seemingly improvised slapstick and chatter. In the socially charged 1960s, their jokes revolved around adult themes, such as Sinatra's womanizing and Martin's drinking, as well as Davis's race and religion. Sinatra and Martin supported the civil rights movement and refused to perform in clubs that would not allow African-American or Jewish performers.

As a singer, Martin copied the styles of Harry Mills (of the Mills Brothers), Bing Crosby, and Perry Como until he developed his own and could hold his own in duets with Sinatra and Crosby. Like Sinatra, he could not read music, but he recorded more than 100 albums and 600 songs.Elvis Presley was said to have been influenced by Martin, and patterned "Love Me Tender" after his style. 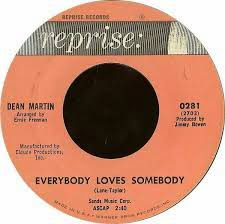 On June 27, 1964 Dean Martin hit the charts with “EVERYBODY LOVES SOMEBODY”, the record was a huge success.  Dean went to the top of the Hot 100, #1 on August 15, moving a Beatles song “A HARD DAY’S NIGHT” out of the #1 spot.  His hit record was on the Hot 100 for 15 weeks.  The record crossed over to the Adult Contemporary chart where it held the #1 spot for 8 weeks.  “Everybody Loves Somebody” sold well over a million copies and Dean was awarded a “Gold Record”. Prior to his hit “THAT’S AMORE” had been Dean’s signature song, now it became “Everybody Loves Somebody”.  He sang it as the theme of his weekly TV variety show from 1965-1974. 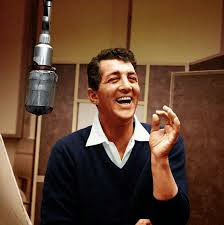 Martin, like Elvis, was influenced by country music. By 1965, some of Martin's albums, such as Dean "Tex" Martin, The Hit Sound of Dean Martin, Welcome to My World and Gentle On My Mind, were composed of country and western songs by artists such as Johnny Cash, Merle Haggard and Buck Owens. Martin hosted country performers on his TV show and was named "Man Of the Year" by the Country Music Association in 1966. 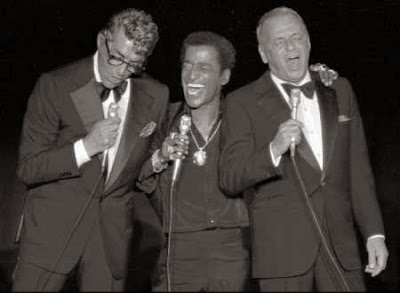 But the image of Martin as a Vegas entertainer in a tuxedo has been an enduring one. "Ain't That a Kick in the Head?", a song Martin performed in Ocean's 11, did not become a hit at the time, but has enjoyed a revival in the media and pop culture.

For three decades, Martin was among the most popular acts in Las Vegas. Martin sang and was one of the smoothest comics in the business, benefiting from the decade of comedy with Lewis. Martin's daughter, Gail, also sang in Vegas and on his TV show, co-hosting his summer replacement series on NBC. Daughter Deana and son Ricci are singers who continue to perform. Eldest son Craig was a producer on Martin's television show. Though often thought of as a ladies' man, Martin spent a lot of time with his family; as second wife Jeanne put it, prior to the couple's divorce, "He was home every night for dinner." 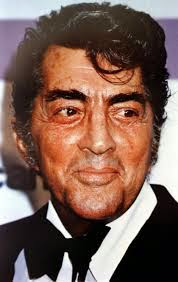 Film wise Dean went on to more critically acclaimed ventures, such as in Sergeants 3 (1962), Toys in the Attic (1963), and Who's Been Sleeping in My Bed? (1963). In 1965 Martin explored a new method for entertaining his fans: Television. That year he hosted one of the most successful TV series in history: "The Dean Martin Show" (1965), which lasted until 1973. In 1965 it won a Golden Globe Award. In 1973 he renamed it "The Dean Martin Comedy Hour", and from 1974 to 1984 it was renamed again, this time "The Dean Martin Celebrity Roasts". It became one of the most successful TV series in history, skewering such greats as Bob Hope, Frank Sinatra, Lucille Ball, James Stewart, George Burns' Milton Berle, Don Rickles Phyllis Diller, and Joe Namath. 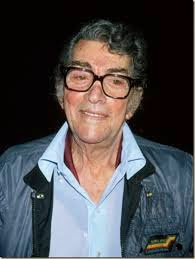 After the 1980s Martin took it easy--that is, until his son, Dean Paul Martin died in a plane crash in 1987. Devastated by the loss, from which he never recovered, he walked out on a reunion tour with Sinatra and Davis. His final Vegas shows were at Bally's Hotel in 1990. There he had his final reunion with Jerry Lewis on his 72nd birthday. Martin's last two TV appearances involved tributes to his former Rat Pack members. On December 8, 1989, he joined stars in Sammy Davis Jr's 60th anniversary celebration, which aired a few weeks before Davis died from throat cancer. In December 1990, he congratulated Frank Sinatra on his 75th birthday special.

Martin was diagnosed with lung cancer at Cedars Sinai Medical Center in September 1993, and in early 1995 retired from public life. He died of acute respiratory failure resulting from emphysema at his Beverly Hills home on Christmas morning 1995, at age 78. The lights of the Las Vegas Strip were dimmed in his honor. His tombstone features the epitaph "Everybody Loves Somebody Sometime", the name of his signature song.

Thanks for the great intro Guys. It's a nice feeling when other bloggers appreciate ones labour!
Regards
Bob