Hey pallies, likes likes seems we are sorta on a Dino-roll when it comes to postin' some spectacular poses of our Dino with other of his pallies.  Today, after  the briefest of brief hiatuses yesterday,  we are delighted to share with you a post from the blog "BEGUILING HOLLYWOOD" where Miss Vickie Lester hangs her hat and where she has created this marvelous on one of, if not the most beguilin' Hollywood actresses of all times......Miss Marilyn Monroe.

Miss Lester's post accents Miss Marilyn's last film, "Something’s Got to Give," in which she co-starred with the most beguiling entertainer of all time....our most beloved Dino.......who totally totally supported Marilyn in by refusin' to continue filmin' without Miss Monroe.  Tragically, Miss Monroe died on August 5, 1962 and the flick was abandoned.

This indeed is probably our Dino's greatest work of unfinished business.  Dino and Miss Marilyn had such such rapturous rapport as youse can see by the youtube vid clips of "Somethings Got To Give" included here by Miss Vickie.  And, likes ilovedinomartin is simply simply enthralled by the power pose of our Dino lovin'ly holdin' Miss Monroe that Lester has begun her post with.

ilovedinomartin salutes Miss Vickie Lester for sharin' this wonderful post on Miss Marilyn Monroe includin' accentin' the very very special role that our most beloved Dino played 'specially in her last film.  To checks this out in it's original format, simply clicks on the tag of this here Dino-reflection.   Dino-awed, DMP 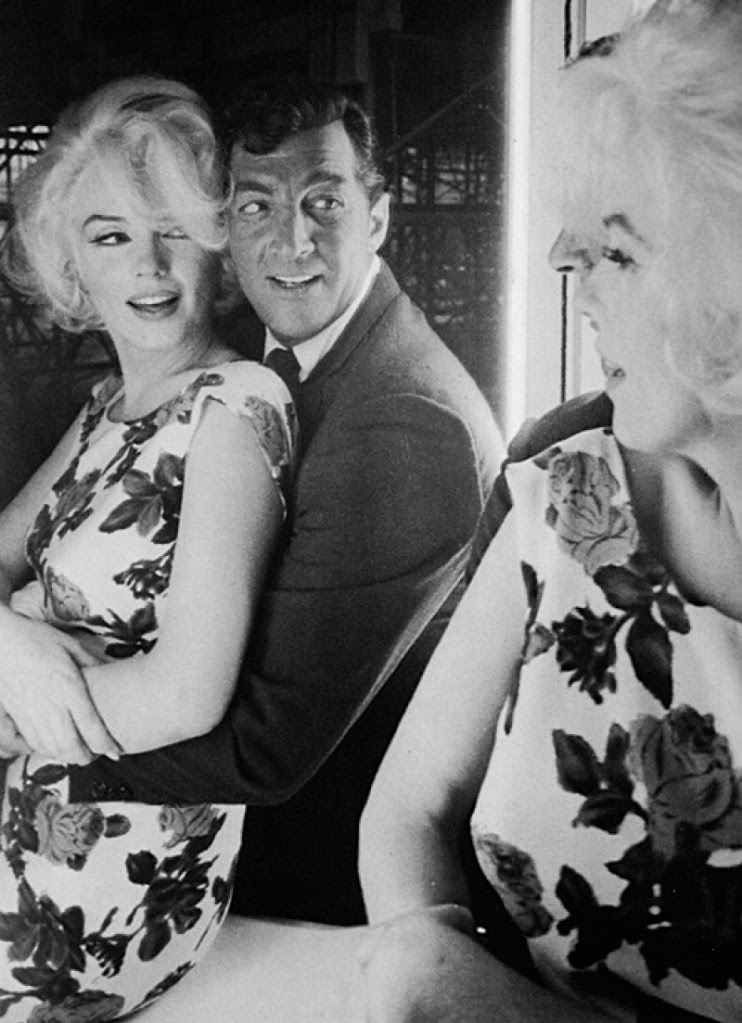 I’m going over notes on the edit – but look at that, I managed to post something. Thanks for dropping in.
A lot has been written about Marilyn’s last film—her clashes with Cukor, the support of Dean Martin—but what I thought was interesting about this footage was her consummate skill, and the glimpse it affords of what it’s like to turn it on, over and over, performing for the camera. The scene as it’s cut together shows the polish, but it’s very illuminating to see the process… Side note, her rapport with the child actors is something I find particularly touching.
Something’s Got to Give is an unfinished 1962 American feature film, directed by George Cukor for Twentieth Century-Fox and starring Marilyn Monroe, Dean Martin and Cyd Charisse. A remake of My Favorite Wife (1940), a screwball comedy starring Cary Grant and Irene Dunne, it was Monroe’s last work; from the beginning its production was disrupted by her personal troubles, and after her death on August 5, 1962 the film was abandoned. Most of its completed footage remained unseen for many years.
Twentieth Century-Fox overhauled the entire production idea with mostly new cast and crew and released their My Favorite Wife remake, now titled Move Over, Darling and starring Doris Day, James Garner, and Polly Bergen, 16 months later…
Several weeks before principal photography began, the cast and crew gathered for wardrobe tests on a set that was a fully lit recreation of George Cukor’s Beverly Hills home. Production designer Gene Allen had sent a crew of men to Cukor’s home at 9166 Cordell Drive to photograph the house and pool areas of the estate. According to Allen, Cukor was photographed in the set’s courtyard with the intent of using the photo as his 1962 Christmas card.
via Something’s Got to Give – Wikipedia, the free encyclopedia. 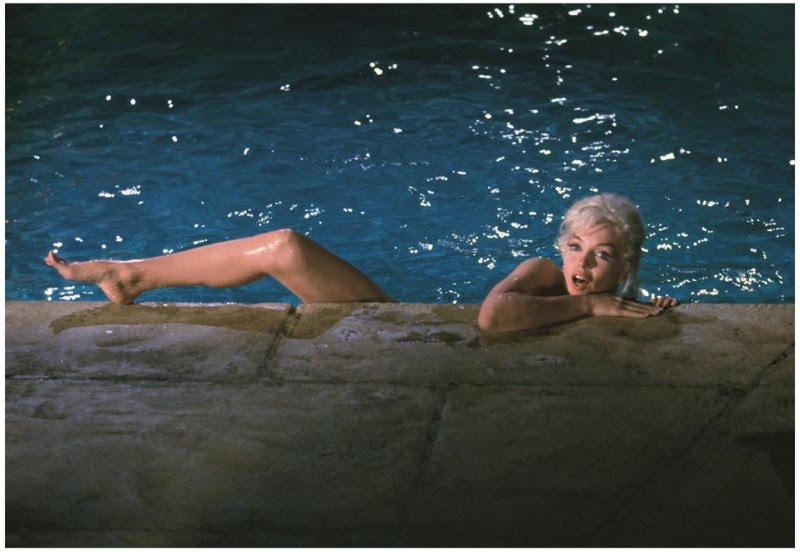 Our Dino was quite professional in all his dealings with the hierarchy of show biz.

Because of the way he supported Marilyn Monroe during all troubles while filming Something's Got To Give, he had a clear conscience a short while later when she died. I'm sure that others in Hollywood didn't have that clear conscience!