"I'm Dean as in Dean Martin....because he was tall and he was a nice guy." 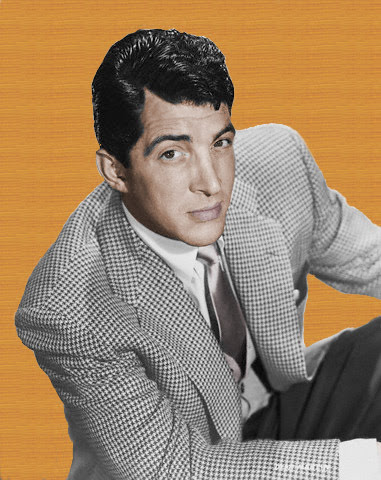 Hey pallies, likes here's a way cool Dino-mention from the blog  "Zap 2 It" where Miss Jean Bentley shares news of a second year of the reality show "Secret Princes" where "a new batch of noble men in a brand-new city: Austin, Texas will try to "woo women" who don't know of their royal tags.  And likes you may ask, "What does this have to do with our most beloved Dino?"

Well likes dudes if you go to the "Zap 2 It" and go to the bottom of the original prose (clicks on tag of this message to goes there) you will discover a vid clip of the 4 royal dudes talkin' 'bout talkin' 'bout "what they want their American aliases to be.  And, likes if you views the clip  pallies, likes you will discover that Prince Lorenzo de Medici of Italy choses the tag DEAN, sayin'...."I'm Dean as in Dean Martin....because he was tall and he was a nice guy."

Likes how cool is that that someone from the Italiano world of today has chosen the greatest Italiano of all times to homage by takin' the name of our King of Cool!   ""Secret Princes" Season 2 premieres Friday (Oct. 25) at 10 p.m. ET on TLC."  Likes that's tonight dudes, so likes if you can get TLC be sure to watch as Prince Lorenzo de Medici proclaims his devotion to our Dino!   Dino-reportin', DMP

When TLC sent four foreign royals undercover in Atlanta in 2012 to woo women who didn't know about their titles, the resulting reality experiment,"Secret Princes," turned out to be an engaging guilty pleasure (if you believe in such things) that resembled a real-life version of the Julia Stiles early '00s classic teen movie "The Prince and Me."

Because such a fantastic concept should not be wasted, the network ordered another round of episodes, set to debut Friday (Oct. 25), featuring a new batch of noble men in a brand-new city: Austin, Texas. The four men looking for love in Season 2 include Prince Alexander of Russia, 34, a direct descendant of the House of Romanov who works as a photographer, Prince Lorenzo de Medici of Italy, 37, heir to the House of Medici, Lord James Rennell of Rodd, 34, a baron in the U.K. who works at an event planning company, and the Honourable Oliver Plunkett of Dunsany, 28, heir to the Barony of Dunsany Republic of Ireland and owner of a computer gaming company.

In Zap2it's exclusive clip of the Season 2 premiere, the princes discuss what they want their American aliases to be. Their inspiration? The most American things they can think of: Dean Martin, Uncle Sam, Luke Skywalker, and Clint Eastwood. Check out the clip below, then tune in for the premiere on Oct. 25.

I am so glad to see you still going at this blog. I do check it about every month or so. Currently I'm now going to college as a multimedia major. I've considered working for AMC or TCM to make promotional trailers for all the classics.

Hey pallie, likes thanks for checkin' in....and best of success in our academic adventures. Thanks for the kind words of Dino-appreicato, but likes just gotta spread the Dino-message of cool as far and wide as possible....just keeps on liftin' up the name of our Dino! Keeps lovin' our most beloved Dino!

This prince knows "cool" when he sees it! Man, Dean pops up everywhere! I LOVE IT!!!

Hey pallie, likes I love how, as you sez so so coolly, "Dean pops up everywhere! I LOVE IT!!!" And, ilovedinomartin stands willin' and ready to share all the Dino-news with the wider Dino-world! Keeps lovin' our most beloved Dino!