Dean Martin has a voice as smooth as melted butter, or chocolate, or velvet 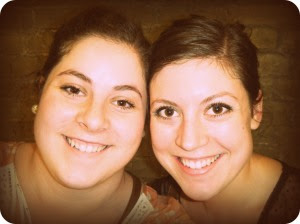 Hey pallies, likes her tag is Hilary (btw, she's the chick on the left) who along with her pallie Julia hang their hats at a blog pad tagged "SARCASMSOAPBOX."
Likes it appears that most the time these nouveau hipsters loves to put the accent on bein' sarcastic in their bloggin', but likes in today's Dino-devotion we hear Hilary speak so boldly, so brazenly, so beautifully of her devotion to our Dino.

In her post, "Frank Sinatra is Great, But Dean Martin is a God," this hip chick tells it likes it is..."Martin is as good as it gets." Likes always always loves to find 'nother of today's youth who is likes totally totally smitten with our most beloved Dino, and likes indeed Miss Hilary is obviously 100% sold out to our King Of Cool.

With pallies likes Miss Julia 'round, we never ever need to worry that the life, times, and teachin's of our Dino will ever be forgotten. ilovedinomartin is thrilled to continue to share the Dino-devotion of so so many of today's youth with all you dudes here.

ilovedinomartin sezs thank you so very much to Miss Hilary for lettin' all her devoted readership know of the transformin' power of our Dino. To view this in it's original format, likes just clicks on the tag of this Dino-gram.
Dino-followin', DMP

Frank Sinatra is Great, But Dean Martin is a God

Maybe you’re not like me and you don’t listen to music made before 1994. Well, you should, because honestly, Dean Martin is as good as it gets. Of course, there’s a good chance that you won’t feel the same way I do, but you should, because honestly, I’m right. Dean Martin has a voice as smooth as melted butter, or chocolate, or velvet (but not all of those things together, because that’s not appealing, that’s nasty).

For those of you who are unaware who Dean Martin is, shame on you. I’m just kidding (but not really). He’s part of the Rat Pack, which means that his best friends are Frank Sinatra and Sammy Davis Jr., which is impressive if you have any idea what I’m talking about. He also had his own variety show in the ’60s, when variety shows were actually popular (not like the one Nick Lachay and Jessica Simpson tried to start in the early 2000s). Besides all of that, he’s hilarious and so very suave. 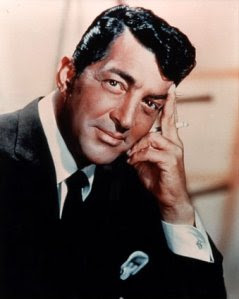 I wish he was alive so that I could meet him. Sigh...

Please enjoy this video of Dean Martin singing (gloriously) and being so very clever.

Great to see the youth of today has hope! Smart girl!

Hey pallie, likes Danny-o, those in the Dino-know that Dino is likes totally totally IT! Keeps lovin' our Dino!