Hey pallies, likes I am so so delighted to 'gain be able to share more with you by our Dino-devoted pallie Mr. Kliph Nesteroff. Mr. Nesteroff, as you will recall, was the dude who recently penned that stunnin'ly stellar summary of Dino's Lodge restaurant...an awesome combination of prose and pixs delvin' deeply into the Dino-history of that Dino-eatery.

Well today, Kliph lends his talents to an essay focusin' on dem celebrity roasts featurin' our most beloved Dino. From Nesteroff's personal pad, "Classic Television Showbiz," comes a marvelous mix of pixs from the Dino-roasts and prose written by none other then Mr. Nick Tosches, our Dino's premier biographer in "DINO: Living High In The Dirty Business Of Dreams."

Likes I thinks that most of us Dino-holics woulda agree that the Dean Martin Celebrity Roasts were certainly not the pinacle of perfection when it comes to our Dino's performances, but for those of us who are likes totally totally sold out to our great man, even these lesser shows are likes so so full of Dino-pleasure.

I'm 'specially delighted with how Nesteroff has found some really rad pixs of our Dino and pallies to accompany Tosches' wisely written words. I have actually been thinkin' of doin' somethin' likes this with some of Tosches' Dino-reflections myself ...cool to see our pallie Kliph beatin' me to the Dino-punch!

ilovedinomartin sez our thanks again to Mr. Kliph Nesteroff for continuin' to share his Dino-passion in this way with his readers...each bit of Dino-devotion is sure to help others to come to know, love, and honor our most beloved Dino! To view this in it's original format, just clicks on the tagg of this Dino-message. Dino-honorin', DMP

"Yeah, the Dean Martin ones were quickies ... They had terrible writers." - 88 year old comedian Jack Carter

"It was a dais of despair." - Author Nick Tosches 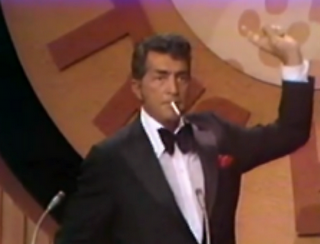 "Dean's presence on television after 1975 would be represented by The Dean Martin Celebrity Roast. It was a dais of despair. They sat at banquet tables at either side of the podium: the undead of dreamland and the fleeting stars of the television seasons, each rising in turn, at the beckoning of Dean or his bloated sidekick, Orson Welles, to deliver the moribund jokes consigned to him for the occasion. 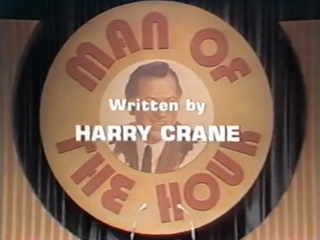 Taped in part at the NBC Studio in Burbank and partly at the Ziegfeld Room of the MGM Grand in Vegas, guests often delivered their lines to empty chairs or pretended spontaneous laughter at words that had been uttered in another state. As many as a thousand cut-and-paste edits were done to give each show the illusion that everyone was together in the same place at the same time. 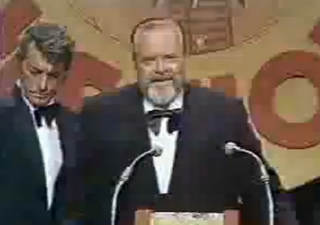 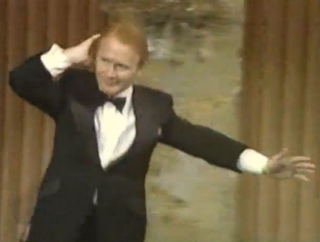 But no amount of editing could vanquish the pervasive air of hollow artificiality that came through. The forced attempts at humor came from a ten-writer assembly line; only Jonathan Winters and Don Rickles were ever allowed to write their own material. The jokes were so bad and the canned laughter so false, and that pervading hollow artificiality so funereal, that the shows had the quality of a relentlessly monotonous but vaguely disquieting dream. 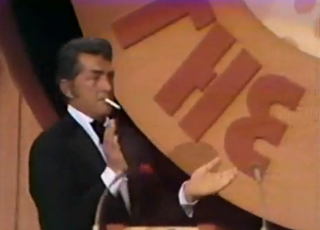 There were those that found The Dean Martin Celebrity Roast entertaining. There were those who lived canned lives, who found release through canned laughter. "Time cries and lets you care," the commercial said. Canned sadness, canned happiness: a wasteland full of empty cans. 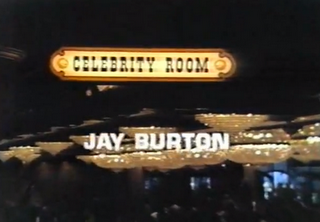 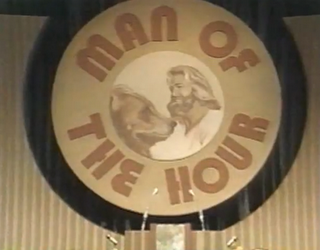 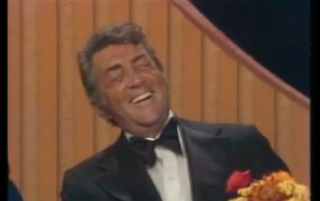 And there slouched Dean boozily at the dais - perhaps alone among the empty chairs, perhaps with the ghosts of others nearby - laughing forlornly at God only knew what."

Posted by Kliph Nesteroff at 12:00 AM