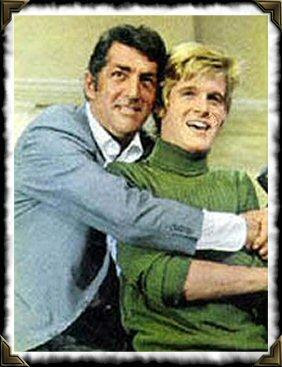 Hey pallies, likes today we turn the Dino-page back to January 17, 1974, the day when our beloved Dino's beloved boypallie Dino Jr. got 'rrested for tryin' to sell an undercover cop an AK-47 machine gun. When the dust settled Dino Jr. gots himself a small fine and some probation time. In the skeem of thin's not a particularly noteworthy event..'cept it was our Dino's boypallie and that make it huge news then...and not surprisely huge news today, 34 years later.

Today as I was scannin' some Dino-'lerts from google I saw several pads payin' homage to Dino Jr. on this day in Dino-history...very cool in my Dino-book to see the name of our Dino and his name-sake boypallie breakin' into print this very Dino-day.

Am sharin' the coolest of the various Dino Jr. remembrances. From the Gibson.com pad (Gibson as in Gibson guitars), from it's internet pad editor Mr. Andrew Vaughn writin' on the Lifestyle page, comes this touchin' Dino Jr. remembrance, "This Day in Music Spotlight: Dino Martin’s Action-Packed Life."

With special thanks to ThisDayinMusic.com, Mr. Vaughn shares some special moments in our Dino's boypallie Dino Jr.'s swingin' life...includin' that rad story of the day that Dino-daddy-o had the frankie over for some drinks and after the frankie had heard the trio he then and there offered Dino Jr. and his pallies a record contract.

ilovedinomartin is thrilled to see such solid Dino. Jr. prose written by Mr. Andrew Vaughn. Thanks Mr. Vaughn, thanks Gibson.com for liftin' up the life and times of our Dino's boypallie Dino Jr. in this outstandin' way...sure to lead others to dicoverin' our Dino and comin' to know, love, and honor our great man and his "family Martin."

To view this in it's original format, likes just clicks on the tagg of this here Dino-gram. And, as an added bonus pallies, here is also a vid of Dino, Desi, and Billy singin' there classic hit "I'm A Fool." Dino-lovin', DMP

Andrew Vaughan|01.17.2011 Special thanks to ThisDayinMusic.com. 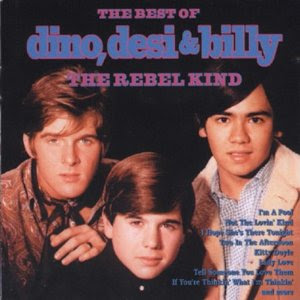 Hinsche, talking to ClassicBands.com, told a great story about that day: “[Frank] Sinatra and Dean [Martin] were together at the bar at the Martin’s house. We met Mr. Sinatra, set up and played. After we did our little set, he came over with Dean and said, ‘How would you boys like to have a contract with my label, Reprise?’ ‘Sure, Mr. Sinatra,’ and that was that.”

This is cool reading
Dino Jr had a short but interesting life
My best memory is seeing him and his pals Desi and Billy in Murderers Row.
Another really cool moment was when Dino and his dad sang Gone Fishin on on of the shows.
Dean looked really proud.

Dean loved him so much.
When Dino Junior died so did Dean.
The good times were over

Hey pallie, and I am really proud of you Deanager Levi for sharin' your Dino-thoughts...both of those memories of our Dino and his beloved boypallie Dino Jr. are huge in my book as well...so loves watchin' the Dinos makin' patter with each other in "Murders Row."

Hey pallie, indeed Miss Ky, when Dino Jr. died...our beloved Dino gave up his desire to keeps on livin'...and so so sad 'cause certainly even though it woulda been very hard...Dino Jr. was meant to inherit our King of Cool's throne...