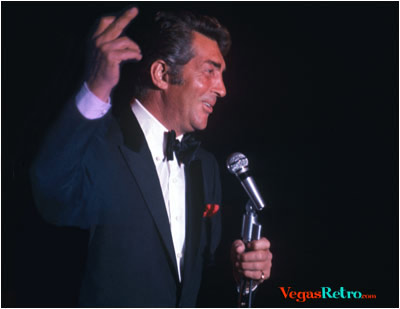 Hey pallies, likes there is simply no end to the wonderful ways that the name of our most beloved Dino keeps bein' lifted up here, there, and everywhere!  Today we share with all youse Dino-holics part of a post from the on-line presence of the "LAS VEGAS REVIEW-JOURNAL," where scriber Miss Kristen DeSilva has created an imaginative and informative post "Knowing Vegas: Who are some of Southern Nevada's streets named for?"

Likes, of course as any true-to-Dino pallie knows, our Dino's playground 'Vegas baby 'Vegas named one of their thoroughfares in huge homage of our Dino....Dean Martin Drive.  As you will read below, Miss DeSilva shares the briefest of brief commentary on our most beloved Dino's life and times and his cool connections with Las Vegas.  While perhaps Kristen is correct that more folks remember Mr. Frank Sinatra then our Dino, we here at ilovedinomartin continue our eager efforts to help everyone on this planet to know, love, and honor our King of Cool.

We thanks Miss Kristen DeSilva and all the pallies at the "LAS VEGAS REVIEW-JOURNAL" for there effort to lift up the name of our main man in this  educational way.  To reads DeSilva's entire prose, simply clicks on the tag of this here Dino-report.  btw pallies, while we were searchin' for appro pixs of our Dino and Dean Martin Drive, we came upon a primo post by coolster Mr.  Willie Watters, resident of Las Vegas and knower of our Dino in his later years.  If you click  HERE you will reader Willie's wonderful words of Dino-devotion.   Dino-only, DMP 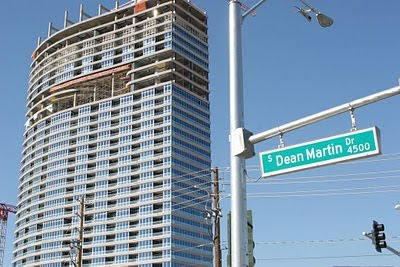 Knowing Vegas: Who are some of Southern Nevada's streets named for?

Dean Martin Road: Sure, you know Sinatra, but some (especially those under 30) in and out of the city may not know Martin's name. For nearly three decades, Martin was one of the hottest entertainers in town. He was an actor, singer and performer — among other things — who later befriended Sinatra and formed "the Rat Pack." Dean Martin Drive and Frank Sinatra Drive run parallel on either side of the I-15. He's one of a few who has had the lights of the Las Vegas Strip dimmed in his honor after death.
Posted by dino martin peters at 7:45 AM

What a guy! Imagine the Las Vegas strip dimmin' their lights for youse?! Now THAT'S respect!

Hey pallie, likes you betcha Danny-o....respect that is supremely deserved...likes when you thinks of 'Vegas baby 'Vegas likes the first person that comes to mine is our Dino! Keeps lovin', keeps sharin' our most beloved Dino!

Dean martin is one of the main figures in the history of Las Vegas and it is fitting he has a street named after him. And to show how important he was they even dimmed the lights after his passing. Not to many people have had that impressive honor. Thank you my friend for bringing this very interesting blog posting our way.

Hey pallie, likes Scotty, thanks for the powerful patter...and indeed this is 'nother excellent example of the tremendously transformin' power of our one and only Dino! Keeps lovin', keeps sharin' our most beloved Dino!