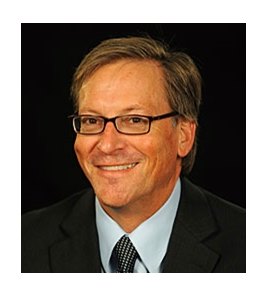 Hey pallies, likes we are greatly grateful for our pallies over at google Dino-'lerts 'cause day after day they send delightful Dino-messages to our email inbox from swank sources all over the world wide web that we then solemnly share with Dino-philes everywhere via our humble little ilovedinomartin conclave.  Likes every so often the Dino-'lert comes in the form of a pallie whose life has incredibly intersected with our great great man....a pallie so powerfully privileged to have been in the profound presence of our King of Cool and how that Dino-encounter has coolly changed their life.

Such is the deep delight of one of the greatest horse jockeys of all time.  Likes today we take youse to the hugely horsey blog, "BLOODHORSE" where superb scriber Mr. Evan Hammonds (pictured on the right) shares a number of stories of professional jockey Mr. Sandy Hawley rubbin' elbows with the Hollywood elite...and likes youse guessed it Dino-holics, one of the idols that Mr. Hawley spent time with  is none other then our one and only Dino.

Likes like many other pallies, Sandy's Dino-encounter was on a golf course where our Dino was puttin' the round ball into the little hole.  Youse can read all the deeply delightful Dino-details below, but we were tremendously touched to reverently read the tremendous testimony that "It was a tremendous thrill" to play a round of golf with our Dino"....and that our main man asked Sandy out the following Monday" for 'nother round of the Dino-sport.  We won't give away what happened that next Monday, so be sure to read on to hear the rest of this Dino-tale.

We thanks professional jockey Mr. Sandy Hawley for sharin' this powerfully personal Dino-encournter with Mr. Evan Hammonds, who we thank for puttin' pen to paper to share it with the larger Dino-world.  Thanks also to the folks at "BLOODHORSE" for gettin' it into print.  To checks this out in it's original source and to read the prose in total, simply clicks on the tag of this Dino-gram.

Jockey Sandy Hawley broke into the toughest jockey colony on the continent when he made his way to Southern California in the early 1970s. The personable Torontonian figured he would stay around awhile and see if he could catch on.

"I was invited one time to play golf at the Riviera Country Club, and I got to play with Dean Martin," he said. "It was a tremendous thrill, and he actually asked me out the following Monday. I said yes, but unfortunately I couldn't go because it was a holiday Monday and we were racing that day, so I had to ride at Santa Anita. The gentleman who had invited me came to the races a week later and said, 'Sandy, where were you? We were on the tee and you guys never even showed up.' We didn't have cellphones back then. I said, 'Lou, I didn't have your number to get ahold of you, but I thought as a horseman, you'd realize that I had to ride that day.' He said, 'Well, Dean Martin was talking about you.' I said, 'You have to be kidding. What did he say?' He said, 'Are those midgets going to show up or what?'"
Posted by dino martin peters at 9:04 AM

LOL! "Those midgets"! Man o man...ONLY our Dino could get away with that one! And just for the record...race or no race...I wouldn't even consider not takin' our pal up on the offer of hangin' out! O well...missed opportunities.

Hey pallie, likes Danny-o, of course youse speaketh the Dino-truth and indeed we also can not think of anythin' that woulda stops us from hangin' with our most most most beloved DINO! Keeps lovin' 'n sharin' our awesome almighty amazin' King of Cool!