Dean Martin, Frank Sinatra, and Sammy Davis Jr. look out into the busy streets of the city. 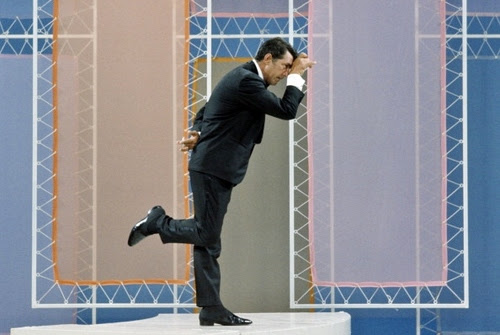 Hey pallies, likes we are always awesomely appreciative of other Dino-devotees efforts in spreadin' there amazin' adulation of our most beloved Dino with the world wide web.  Likes one of the swankest swingingest sites for the deepest of deep devotion is the picture pad tagged "tumblr" where likes a plethora of pallies have used their time, energy, and creativity in spreadin' their Dino-passion 'round the known world.

Today we stop by one of the bestest of best Dino-honorin' pads on "tumblr" tagged "dinosaysthatsamore," and we couldn't 'gree more with their self-descriptive mission statement, " A most wonderful blog dedicated to the King of Cool, Dean Martin!"  Likes in doin' just a wee bit of research we discovered that this most Dino-honorin' place has been 'round since February of 2013.  Likes in over three years of Dino-action they have awesomely amassed tons and tons of Dino-images and Dino-references all to the honor and glory of our one and only Dino.

We happened upon this delightful Dino-location through the efforts of the pallies at "Twingly" blog search that recently brought to our attention a incredible image of our Dino and his pallies Mr. Frank Sinatra and Mr. Sammy Davis, Jr. looking " out into the busy streets of the city."  Any of youse pallie gotta guess of which city is in the pix?  It's a cool cool candid that we have never laid our eyes on before and we felt led to bring it to all youse Dino-holics attention.  And, in doin' so, give our kudos to the pallie who shared their powerful passion for all thin's Dino in such a wonderful way.

Likes we are certain that we are goin' to be hangin' 'round the "dinosaysthatsamore" much more in the days, weeks, and months ahead and will be sharin' stunnin' select shots from their excitin' efforts.  To checks this out in it's original source, per usual, simply clicks on the tag of this Dino-gram. 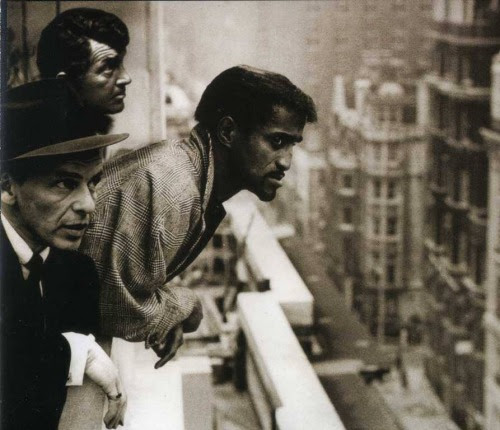 Dean Martin, Frank Sinatra, and Sammy Davis Jr. look out into the busy streets of the city.
Posted by dino martin peters at 7:15 AM

Seems like a cool cool blog to stop by! GREAT pic of the fellas!

Hey pallie, likes Danny-o, I was swankly smitten when I started perusin' all the tons of great great Dino-images! Keeps lovin' 'n sharin' our most beloved Dino!