I am, and always will be, a Dean Martin fanboy. 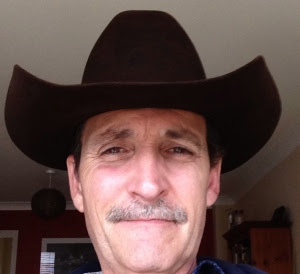 Hey pallies, likes, likes as youse know, often one piece of Dino-devotion will likes lead to 'nother.  Recently happenin' upon the huge huge homagin' of our Dino in "My Dean Martin Awakening' by Keith over at the blog "Teleport City" not only led to a couple more powerful posts 'bout our most beloved Dino as hipster spyster Matt Helm from Keith, it always lead us to a goodly number of Dino-focused posts from other bloggers as well.....includin' today's post, a review of sorts of one of our Dino's later flicks, "Something Big."

From the self-tagged blog "Mikes Film Talk," Mr. Michael Smith has created a very personal look at most likely our Dino's most swingin' western in his post, "Something Big: Something We All Want?"
After early on in his scribin' Smith most proudly and openly 'fesses up to his deep, pure, and true Dino-passion when he sez, " I am, and always will be, a Dean Martin fanboy."  And, likes from that point on he powerfully professes he so so much relates to our Dino's character in this big screen effort.

As Mike writes, "and (if you) look at the plot line, you realise it is about dreaming. It is also about chasing that dream. Dean’s character is a dreamer."  From there Smith proceeds in a very very touchin' way to publicly relate 'bout his life as a "dreamer."

We don't wanna sez any more so that all youse Dino-philes will read Mike's thoughts....but we do want to say how cool we thinks it is that a "Dean Martin fanboy" likes Smith has been so so deeply moved by one of our Dino's screen roles.  Mike gives a terrific testimony of the transformin' power of our Dino even while playin' on the big screen!

We here at ilovedinomartin salute Mr. Mike Smith and thank him not only for reviewin' our Dino's "Something Big" but also showin' the depths of  how his life has been touched by this Dino-story.
To checks this out in it's original format, simply clicks on the tag of this here Dino-report.  Dino-awed, DMP

Something Big: Something We All Want? 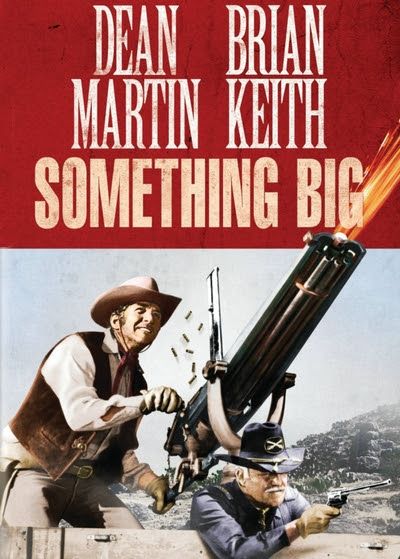 Something Big: Something We All Want

I ordered the DVD for Dean Martin’s Something Big film after realising that I did not have a copy already and that I had not seen it for ages. I love the film, or more accurately, I love the theme of the film. It goes without saying that this would be a personal favourite. I am, and always will be, a Dean Martin fanboy. But this lackadaisical western cross of comedy/action has always appealed to me. Something big? You bet, isn’t that something that we all want?

In the film Dean plays Joe Baker, a man who went west to find fame and fortune. He left Pennsylvania and his fiancée behind and planned to make something of himself in a self allocated time period of two years. In the film, his two years have stretched to four and his fiancée, Dover McBride has told Joe his time is up.

Baker now has to hurry up and do his something big before he has to leave and marry the woman he loves.

I suppose the film struck a chord with me because in some ways it inadvertently paralleled my own life.  And I think that it could resonate with a lot of people.

If you take away the sexist tone of the film – the movie places all women in the category of sexual objects of desire/lust – and look at the plot line, you realise it is about dreaming. It is also about chasing that dream. Dean’s character is a dreamer and his fiancée is not. There is a scene once she arrives in the west where she confronts her fiancé and tells him about when The Wild West Show came through her  village in Scotland.

Her point was that the whole show was make-believe and that Baker was not the big star, or The Wild West Show, he was just a man who wasn’t about all that “bigger than life” malarkey. But this is a movie and Martin’s character does do his something big, albeit, after murdering an entire Mexican bandit gang with a gatling gun; something that critics moaned about when the film opened in 1971. But the point is that Baker did something we all want. Not wholesale murder and plunder, but something big.

People dream. At least normal people do. We all have dreams and aspirations. It is in our genetic makeup. For a lot of people their dreams die when they grow up, or their dreams change. Instead of becoming rich and famous or a variation of same, they become married with children. Their dreams then mature and become more about looking out for their family and children. They when they are older, they dream of retiring with enough money to last their autumn years.

I have always been a sort of Peter Pan kind of guy. My dreams were always the same. I wanted to be a respected writer and actor. That was it. Of course there were variations on the dream, but it never strayed too far from the original desire. Even after being married twice and having two children, events that did spawn a new set of dreams, I never lost that wish to be a man of words or imagination.

Neither of my wives liked my dreams. My first wife did support it. At first. But when living in Southern California, the reality of my pursuit became too much for my first wife and she threw down the gauntlet. I had to choose between her and my dream. Foolishly, I chose her. 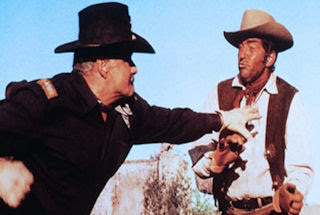 There will always be someone ready to knock your dreams down.

We divorced four years later after bringing my son into the world. I wasn’t very good at “real life” and this sped our disintegrating marriage to its bitter conclusion. After a few years of solitary misery, I then married again.

To be fair, my second wife did not realise the depth of my desire to be a scribe and artist. When I actively worked to be both, I received an intervention session or two from her. “People like us don’t do those types of jobs,” was how the intervention began. Her point was really that people like her did not do those type of jobs.  Knowing now that she was a passive aggressive, I doubt that she ever really believed that. It was just a way of keeping me reliant upon her for my happiness.

Years later when her efforts to destroy any chance I had at working in my chosen profession reached fruition and I lost my agent,  I was suicidal. The day I got my last communiqué from my agent/manager, a part of me died. So did my marriage. I stuck with it for a long time after because of our daughter, but the relationship had been irrevocably severed.

My dreams, as a result, died too. I turned my back on the two things that had always pleased me and fulfilled me in ways that nothing else could. Sure, I could take pride in both of my children and at how well they were turning out, but  my something big, had disappeared. Just as the “real me” had vanished.

We all want to do something big. What that thing is, varies from person to person. It is an individual wish and dream. I’ve gotten more second chances than any one man should. Last year I was given the ultimate second chance. Now I’m trying to fit my old, slightly refined, dreams into my remaining years.

I am working as a professional writer and I worked as an actor in  my first professional film in years. When I am not agonising over my financial situation, I am marvelling at the direction my life has taken. I’m also waiting excitedly for my “showreel” so I can start auditioning for more film roles.

At the end of the film Something Big, Dean Martin’s character rides off into the sunset with the girl and you know that if the two do get married, his dreams are over. He will fit back into the mendacity of everyday life and his wife will make sure of it. She doesn’t want The Wild West Show, which means that she’ll make sure her husband does not either.

I have been blessed in so many ways after my last few tumultuous years. I’ve met people who have literally changed my life. DiMarkco Chandler co-owner and co-founder of the Las Vegas Guardian Express; Natasha Harmer, who put me in her film; Marilyn Armstrong and her wonderful husband Garry, and so many other WordPress pals, that to express my gratitude to all of them would make up the world’s longest blog post.

Sorry, I did not mean to go into yet another long-winded thank you. My point was and this is the last thing I’ll say on it, I promise, Something Big, could be the story of my life, or yours. Isn’t that something we all want? Something big or some huge defining thing that has our name all over it? Whether your something big is having children or owning your own house. What ever that dream is, don’t forget it or give up on it. Your something big is too important to give up.

By Michael Smith Dreaming Big for Something Big

United Kingdom
Posted by dino martin peters at 7:26 AM