Hey pallies, likes what a thrill it is to goes to goggle blog search and type in the tag of our most beloved Dino and then wonder and wander through the random Dino-listin's to find Dino-treasure to share with all youse Dino-holics.  And, likes today ilovedinomartin has struck pure pure Dino-gold with a post by a Mr. John McElwee at his blog pad, "GREENBRIAR!"

Likes ilovedinomartin is sure that many many of youse Dino-philes coulda guess what Dino-flick is the topic of Mr. McElwee's scribin's by the title he has given his Dino-devotion, "Bad Man Dean Playing It Straight."
Likes, of course, it has to be the western "Rough Night In Jericho," cause likes we all knows that this is the flick where our Dino plays a real read baddie....to the point of, as McElwee points out......."Few among Dean's Thursday night audience expected to see him beat up Jean Simmons so savagely as here."  Indeed the roughness of our Dino was truly truly surpisin' to many many of those of claim him as their King of Cool.

Mr. John McElwee has certainly done our Dino proud with his wise words and powerful pixs from this powerful big screen effort.  It is clear that McElwee is a true knower and true lover of our most beloved Dino.....his passion for our Dino is clear when he pontificates......"Now, of course, it's Dean we come to see" speakin' of the fact that both our great man and George Peppard each got top billin' dependin' on where the flick was bein' shown.

ilovedinomartin thanks Mr. John McElwee for his valiant effort in sharin' his passion for our Dino with his readership.  To checks this out in it's original format, simply clicks on the tag of this Dino-gram.  Dino-only, DMP 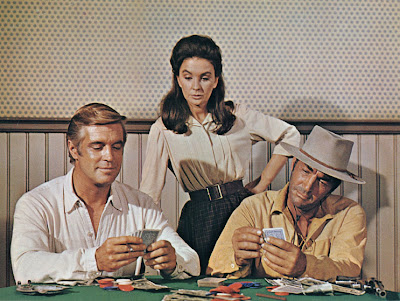 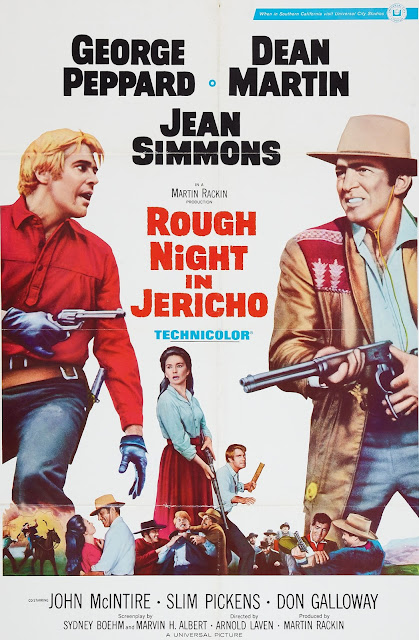 I'd put Rough Night In Jericho among comfort westerns marked capital C, though shock it was to find poster art billing George Peppard first and ahead of Dean Martin. Turns out they did ads both ways, evidently splitting up quantity so that each star took pole position, depending on which display showmen chose to hang. Shows if nothing else what juice Peppard (briefly) had. Now, of course, it's Dean we come to see, and to his credit, there's no slumming or sarcasm as was Martin-applied to Rat Packing, Matt Helming, and whatever television talked him into. Dino admired westerns, always had, so took seriously better ones that cast him. 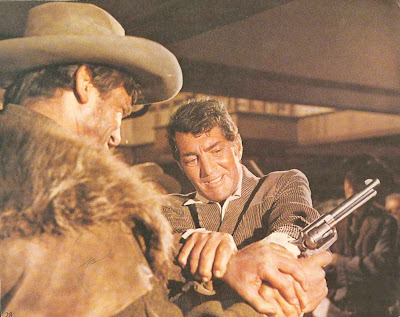 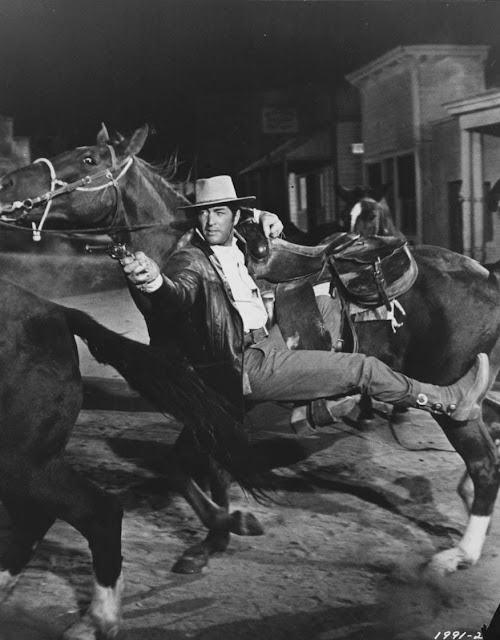 No songs here, not even over titles, and what a straight-up nasty heavy DM is, town-bossing minus smirks that so often distanced this fine actor from parts he didn't respect.Rough Night is really about Martin's villainy, Peppard at all times in second chair despite billing gymnastics. Few among Dean's Thursday night audience expected to see him beat up Jean Simmons so savagely as here, Martin's "just pretend" mechanism happily switched off. Universal wisely soldRough Night thus: Who Says They Don't Make Westerns The Way They Used To --- We Just Did, which was answer to decline of the genre as US-manufactured, and perhaps challenge to Italo-upstarts then making presence felt (For A Few Dollars More was released three months ahead ofRough Night In Jericho). 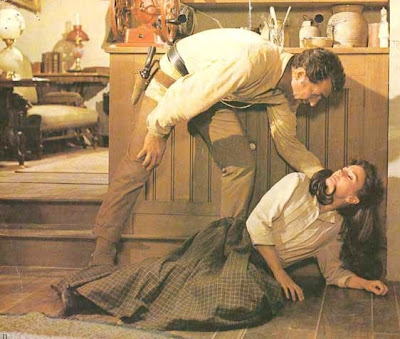 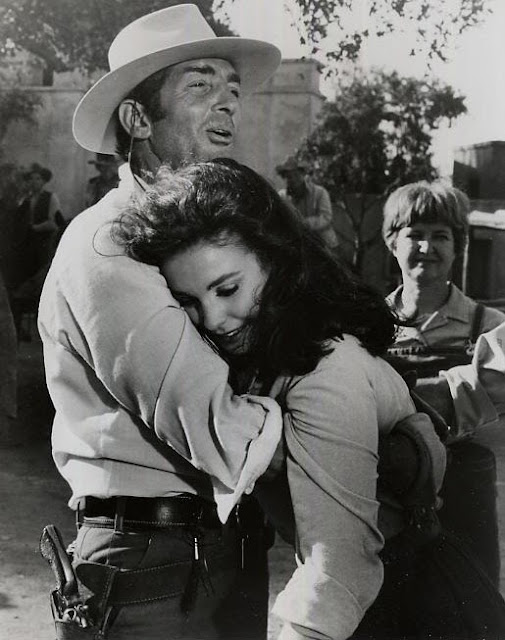 Universal was for a most part junk peddling through the sixties after MCA bought control, chief of staff Lew Wasserman more interested in big deals than good pictures, so Rough Night turning out well was happy surprise (give me this over bummer Shenandoahanytime). Maybe to soften blows of his screen nastiness, Dean Martin did a trailer in customary character, poking fun at scenes from the western, with promise of a larkRough Night would not fulfill. In fact, it would be something lots better, as lately evidenced on Universal's Vault DVD, which is at least correct Techniscope ratio (TV still crops it, at best to 1.85). I just wish they'd done a fresh transfer, as here's one that deserved a shine.