I even think we shouldn't use past tense when we talk about him because it is really sad that we can't go back to those days. 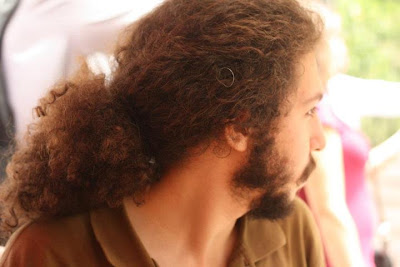 Hey pallies, likes, likes I am likes totally totally pumped!!!!  Likes on Wednesday of this very Dino-week, ilovedinomartin transported all you dudes to the blog, "Surrealist Halay Basi HirGurses," where a fabulous devotee of our most beloved Dino, Turkish dude Mr. Umut M Gurses holds reign.  Likes, of course,  I left Mr. Gurses  some Dino-patter in praise of his wondrous words of Dino-praise and likes to let him know that his amazin' Dino-reflections had been posted right here at ilovedinomartin for all you dudes to soak in the Dino-riffic thoughts that Umut has to share.

Well, likes I discovered that Mr. Gurses  pattered me back with even more wonderfully wise Dino-reflections sayin'...."thanks for your comment mate.  you're absolutely right, he was and he will be the king of cool.  I even think we shouldn't use past tense when we talk about him because it is really sad that we can't go back to those days.  also I'm delighted that now my words are on ilovedinomartin, thank you very much for that too.

Now likes how how totally fabulous is that o'dudes of mine!  And, then checkin' Umut's blog for other possible Dino-prose, likes I found one below as a follow-up to his first bit of Dino-adulation.  It's a grand entry puttin' the accent on the "Dean Martin and Frank Sinatra Hamburger Recipes."  Likes how cool of Gurses to be spreadin' more Dino-love at his delightful Turkish blog.  Have scribed back to him and encouraged him to consider writin' some more Dino-patter for this here ol' Dino-blog.  Likes it woulda be likes a total gas to have more international Dino-devotion to be shared by this in-the-know and truly sold-out -to-Dino pallie.

Kudos to Turkish Dino-phile Mr. Umut M Gurses for his desire to fuel the Dino-revolution in Turkey!  To checks this out in it's original format, simply clicks on the tag of this Dino-message.  Dino-awed, DMP 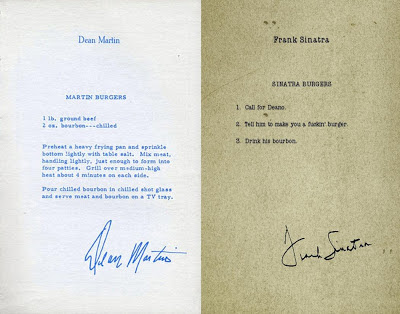 Dean Martin,
pre-heat the pan and pour a little table salt. Carefully separate the meat into four pieces and fry for 4 minutes on both sides. Bourbon then cooled and serve chilled shot glass and put it together,
in short, says the job.

, Frank Sinatra,
1 Search for Dino.
2 I tell him to do the damn burgers.
3 Then his bourbon'unu interior.
raving demanding time: 18:00