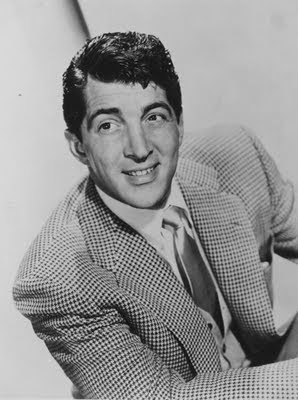 Hey pallies, likes you just never ever know where the name of our Dino will be lifted up next. Today's Dino-discovery is a cool human interest story 'bout one of our Dino's housekeepers durin' the pinacle of his career in the swingin' 60's and '70's....Miss Hilda Bertenshaw.

As you will read below from patter written by Mr. Tom Bristow of the Brit paper, "Southport Visitor," Miss Bertenshaw, age 91, took sick and might have died without the help of four school children.

So happy to know that this tale of one of our Dino's trusted employees has a happy endin', and so thrilled to see the accent put on our "legendary American artist Dean Martin." Oh, how I woulda loves to speak with Miss Hilda 'bout her days with family Martin and what it was like to serve in the house of the King of Cool! What Dino-stories she musta be able to share 'bout her blessed life of workin' for our beloved Dino.

ilovedinomartin sez it's thanks to Mr. Bristow and the pallies at "Southport Visitor" for sharin' this heartwarmin' human interest tale...and bein' sure to lets their readers know 'bout the Dino-connect. Such Dino-commentary is sure to bring others to knowin', lovin', and honorin' our Dino....and betcha if those youngens come forward who helped Miss Hilda, she will probably tells them 'bout our Dino herself! Dino-anticipatin', DMP


DEAN Martin’s former housekeeper is searching for the schoolchildren who helped save her life.

Two weeks ago Hilda Bertenshaw woke up feeling ill and called the ambulance.

But the paramedics could not find her block of flats on Hoghton Street so she struggled out of her home to try and find them.

The 91-year-old made it into the lift, but as she opened the front door to the flats she collapsed.

“I was being sick,” said Hilda. “How the hell I got down in the lift I don’t know. I couldn’t stand up anymore.

“I thought I was going to die. I didn’t know if it was a stroke or what.”

As Hilda lay on the freezing floor a bus pulled up outside her home and she started to rattle her house keys against the window of the door to attract the driver’s attention.

Four school children were waiting to get on the bus and spotted the retired cook.

“I was looking for the ambulance,” said Hilda. “Then I saw these kids getting on the bus not knowing what to do. I called for help and they all came off.

“They dithered to try to convey to the driver. He should have got off really.”

Hilda, who worked as a housekeeper in America for Dean Martin in the 60s and 70s, said four girls and a boy knelt down beside her, called the paramedics again, directed them to the flat and got her bag for her.

The children made sure Hilda was taken safely to hospital, where she was given two pints of blood and diagnosed with anaemia.

Since coming out of hospital last week Hilda has been searching desperately to find the children.

“I could hug them to death,” she said.

“I asked what school they were from, but I cannot remember,” she said. “I’ve stopped three buses since then and I have asked the driver but they don’t know.”

Hilda was almost unconscious at the time and cann’t even remember the colour of the children’s uniform but thinks they were around ten-years-old.

“They must have been late for school,” said Hilda. “I would have given them money for a taxi.”

If you helped save Hilda or think you know who did please contact tom.bristow@liverpool.com or call 01704398255
Posted by dino martin peters at 7:13 AM