Hey pallies, our pallie Mark over at the stellar "Pop Culture Fan Boy" shares 'nother important date in Dinohistory (clicks on the tagg of this Dinogram to goes to Mark's pad to read this in it's original form). It was 81 years ago this Dinoday that our Dino was confirmed and took the Confirmation name Paul. Accordin' to the Steubenville Dinofestsite our Dino had his first Holy Communion on May 15, 1927...and will tries very Dinohard to remember that Dinodate in a couple of Dinoweeks.

BTW pallies, did a bit of Dinoresearch and our Dino had both his first communion and confirmation at St. Anthony of Padua Catholic Church in Steubenville. Also Dinodiscovered the sad Dinofact that our Dino's childhood parish was closed in 2008...does know that for several Dinoyears on the Sunday of Dinofest there was a Mass said for our Dino at St. Anthony's church...such a sad thin' that this Dinolandmark has been closed. 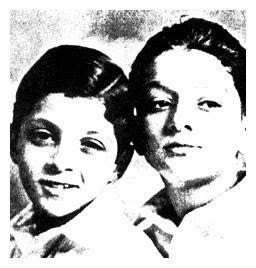 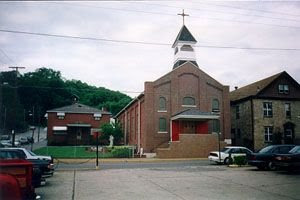 ON THIS DAY NOT QUITE IN CAPITOL RECORDS HISTORY

Hey pallie DMP. Thanks for sharing that with us. That was so neat to learn. It's a shame that this parish has since closed down. It would have been great to make it part of any Dinopilgrimage done around this great nation of ours. Cheers!

Hey pallie Keith, even if the buildin' is closed down, woulda still makes this part of our Dinopilgrimage...still steeped in Dinohistory...withs all the Dinoevents that occured in this Dinoplace...