A Dino-ride From Pallie Jesse

Hey pallies, likes our Dino knew it better then any other dude....the immense and immeasurable swankness of bein' able to tag 'nother man as "pallie."  While all us Dino-philes know that our great man never ever needed anyone or anythin' besides himself in his life,  our most beloved Dino enjoyed the pure pleasure of havin' fun times with his best pallies like Frank Sinatra and Sammy Davis Jr.  And mere mortals likes ourselves are the same.

Today, I want to salute a great pallie o'mine that I have met through his Dino-devotion here on the ol' web.  His tag is Jesse, and he is a dude who primarily hangs his hat at his all-thin's-car pad, "Just A Car Guy."  Likes if you clicks on the link to this Dino-gram you will be welcomed into Jesse's world.  Jesse is located in San Diego, California and lists as his occupation: full time jobs, full time hobby, part time blogging.

In addition to his huge huge passion for cars, Jesse is a great devotee of our man Dino and he graciously and generously often sends me fabulous Dino-treasure just to make sure that I have seen it before.  And, sometimes Jesse shares Dino-related car posts at his amazin' blog...and, of course, in turn I share 'em with all your Dino-holicsas well.

When I opened my email today, there was some Dino-patter from my pallie Jesse includin' an amazin' pix of our Dino on a ride that I have never ever seen before.  And, Jesse shared these most kind and gracious words of Dino-appreciato....."keep doing what you do, cause you do it so well!"  ilovedinomatin expresses our deepest of deepest thanks to pallie Jesse for showin' such constant devotion to our Dino and the ilovedinomatin cause of spreadin' the Dino-word."

So dudes, enjoy the fabulous Dino-pose below courtesy of the best sort of pallie any Dino-devotee coulda have....Jesse!  Dino-delightedly, DMP 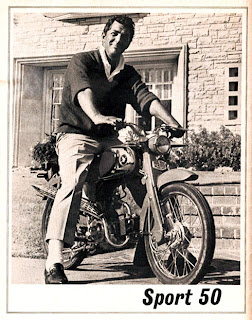 Love this Dino-pic & This pallie Jesse DEF I NATE LY sounds like my kinda guy! Any pal o' DMP's is DEF I NATE LY a pal o' Danny G's!!!Hahaha!!!

Hey pallie, likes cool of you to welcome Jesse into deep, pure, and true Dinopalliedom! Dino's our man and we are his ever devoted pallies!
Danny-0, always, ever, and only keeps lovin' our most beloved Dino!

Hey pallie, likes Jesse, I am delighted to have shared your Dino-devotion with the world...your the best sorta pallie that any Dino-holic coulda ever hope and dream for. Keeps lovin' our Dino!