"However, he put the mic down when it came time for the couples' first dance to "Everybody Loves Somebody” by Dean Martin." 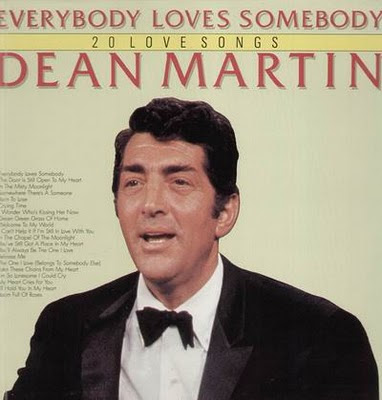 Hey pallies, likes the highest compliment one singer can gives to 'nother is usin' the other's music. Today's Dino-reflections is a case in point. From CNN Entertainment's "Marquee Blog" comes news of crooner Michael Bublé recent marriage to Luisana Lopilato outside Buenos Aires.

Nows likes we knows that Bublé loves our Dino and other crooners from the Dino-era. So, likes as you will read below after he sang his own tune that he wrote for his bride, Michael chose to dance his first dance with Luisana to the croon of our beloved Dino singin' his signature "Everybody Loves Somebody, Sometime."

Likes there simply couldn't be a better way of Michael Bublé payin' homage to our great man then usin' our Dino's greatest hit. Certainly Bublé's honorin' of our Dino in this way will draw many more to deep, pure, and true Dino-devotion!

ilovedinomartin sez our thanks to the pallies at CNN Entertainment's "Marquee Blog" for sharin' this cool vignette with the wider world, and to our great pallie Danny G. who likes first puts us on to this information. To view this in it's original format, please clicks on the tag of these Dino-words. Dino-loved, DMP 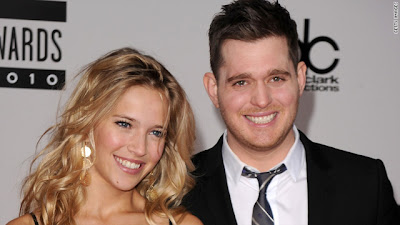 Michael Bublé has plenty to sing about.

At the reception, Bublé sang “Haven’t Met You Yet” - the tune he wrote for his bride who appeared in the music video with him – to Lopilato and the 300 guests in attendance. However, he put the mic down when it came time for the couples' first dance to "Everybody Loves Somebody” by Dean Martin. Perhaps an unsurprising choice, as Bublé has covered the "Rat Pack" member's tunes in the past.

Lopilato wore a tiered gown by Argentinean designer Sylvie Burstin before changing into a Marchesa gown.

Bublé’s ex, British actress Emily Blunt, who was not in attendance, wore a Marchesa Bridal custom gown when she married “The Office’s” John Krasinksi in July 2010.
Posted by dino martin peters at 7:09 AM