Hey pallies, likes today we hears from 'nother totally sold-out to Dino sorta dude. He's tagged Jeff Ircink and his Dino-devotion has been featured here before on the pages of ilovedinomartin. From his blog pad, "passion = truth how jeffrey james francis ircink sees the world," coolster Ircink let's his readers in on his thrill of readin' the stellar tome "Dean and Me: A Love Story," by our Dino's clownin''round partner, Mr. Jerry Lewis.

Loves Jeff's passionate and truth-filled affirmation....."Deano's my favorite all-around entertainer." In the previous post at ilovedinomartin that featured Ircink we learn that he is a pallie of our Dino's boypallie Ricci, and as a special treat in this post he shares a pix of himself and Ricci makin' funny together! Great pix...very reminicant of one of our Dino and the kid.

Hats off to Mr. Jeff Incink for again proclaimin' his Dino-addiction to his faithful readers and for sharin' a cool pix of himself and Ricci Martin. To view this in it's original format, likes just clicks on the tagg of this Dino-gram. Dino-loved, DMP 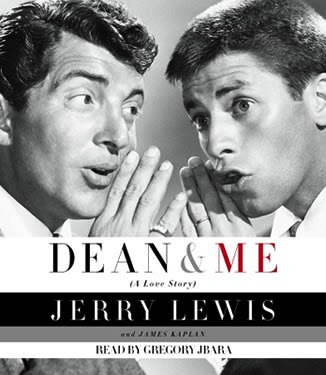 I'm a fan of biographies. You learn how not to fuck up. Mike Farrell, Frank McCourt, Malachy McCourt, Frank Lloyd Wright, Bruce Dern, Dean Martin, Elvis, The Beach Boys, The Beatles, Kirk Douglas, Dennis Wilson, Brett Favre, Vince Lombardi, Richard Burton, Howard Stern, Abbie Hoffman, Thomas Jefferson, John Adams...and more to get to. Had I read Dean & Me (A Love Story), by Jerry Lewis, I would've finished it in a day (I took three days). Fast read. Funny read. Deano's my favorite all-around entertainer - and I loved these guys as a team and individually.

Hey look! It's me and the "original" Ricci Martin, Deano's 2nd son, at a gig in Pasadena. I got to know Ricci a bit through the Carl Wilson Cancer Foundation. Chip off the old block. 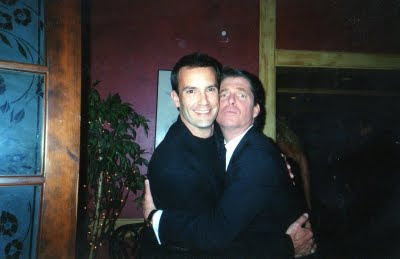 Ricci does resemble his pop in that photo. Would like to see one of his shows.