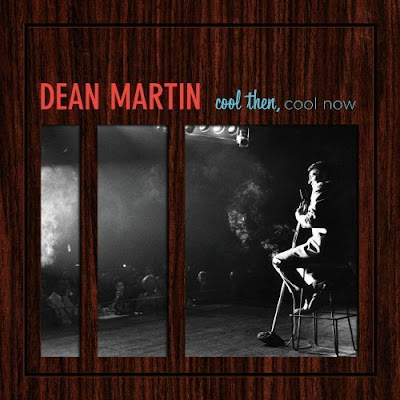 Hey pallies, news of the upcomin' Dino-releases of DVDs, CDS, and the Dino-pix book are flourishin' all over the net. Today's Dino-prose is from the pallies at Universal Music Enterprises who have issued the press release below puttin' the accent on the June 7 release of the "Cool Then, Cool Now" Hardcover Book and Musical Collection...on our beloved Dino's day of birth.

The folks are UME are sharin' some way way cool Dino-details 'specially bought the hard cover Dino-pix book...includin' quotes from from Mr. Jerry Lewis and Miss Shirley MacLaine that likes are totally totally full of homagin' to our beloved Dino... likes be sure to read there stellar Dino-praises below dudes!

Everytime I likes read more of the Dino-treasure to be releasin' soon, I likes gets so psyched 'bout personally gettin' my hot little hands on 'em, as well as thrillin' to the thought of how said releases are gonna even more fan the flames of deep, true, and pure Dino-passion by Dino-devottes of all ages and stages, all types and stripes!

To view this in it's original format at a pad tagged My FoxAL.com, likes just clicks on the tag of this Dino-message. Dino-loved, DMP

NEVER BEFORE SEEN PHOTOS GO BEHIND-THE-SCENES AND CAPTURE THE SPIRIT AND LIFE OF THE LEGENDARY ENTERTAINER, FAMILY MAN, SPORTSMAN, MAN-ABOUT-TOWN, AND MOVIE STAR

LOS ANGELES, April 11, 2011 /PRNewswire/ -- Universal Music Enterprises (UMe) has announced the release of a new 60+ page hardcover book and musical collection titled "Cool Then, Cool Now," on June 7. Never before seen photos compiled from personal collections and family archives "Cool Then, Cool Now" goes behind-the-scenes to capture the spirit and life of one of the most unique, and by far coolest entertainers, Dean Martin. Featured inside is a 2-CD, 28-song collection, spanning Dean Martin's musical career featuring a host of hits including "Everybody Loves Somebody," "Mambo Italiano," "That's Amore," "Sway," "Volare," and rarities such as "Any Man Who Loves His Mother" from the original film soundtrack to Robin and the Seven Hoods.

This one-of-a-kind collection showcases Dean as The Entertainer, The Family Man, The Sportsman, The Man-About-Town, and The Movie Star providing a behind-the-scenes look of the legendary Dean Martin in the studio, on stage, and from sets of films including The Caddy (1953), Artists and Models (1955), Rio Bravo (1959), Oceans 11 (1960), Airport (1970) and many more. Photos included, from personal collections and family archives, are highlighted by pictures of Dean with many of his closest friends.

The book features heartfelt tributes from some of the people that knew him best including; comedian and co-star Jerry Lewis, Academy Award winning actress and co-star Shirley MacLaine, and legendary golfer Arnold Palmer, as well as admirer and global star Robbie Williams, and others.

"I was fortunate to work with Dean from the very start, he was always the consummate professional, instantaneous and funny," said Lewis. "He was magic to be around and had the exquisite ability to know what was funny." Recalled MacLaine, "Dean was the man-about-town that everyone wanted to spend time with. He was kind, funnier than anyone else, and adorable in all ways."

Also, on the same date, Capitol/EMI will release two collections of Dean Martin's music. A new title, Classic Dino: The Best Of Dean Martin features 14 classic tracks, and six standout recordings have been added to the popular, Platinum-certified Dino: The Essential Dean Martin for an expanded 36-track 2CD and digital collection of Martin's top hits.

A famed star of the silver screen, television icon, Grammy® Award-winning singing sensation and member of the renowned "Rat Pack," Dean Martin's show business legacy is legendary. His musical career features such classics as "Ain't That A Kick In The Head," "That's Amore," "Mambo Italiano," "Everybody Loves Somebody," "Sway," "Volare," and more, releasing dozens of album recordings over his lifetime. Starring in dozens of well-known movies including Ocean's Eleven, Rio Bravo, The Caddy, and Who Was That Lady?, for which Martin received a Golden Globe nomination for Best Actor, coupled with a highly popular television career, Dean Martin certainly earned his nickname as the "King of Cool."
Posted by dino martin peters at 7:26 AM