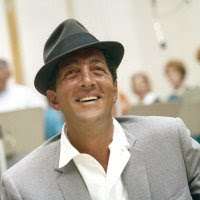 Hey pallies, likes I can't vouch for how recent this Dinoprose is, but this Lou dude shares his Dinoperspective on the Dinoscript for the proposed Dinoflick of Nick Tosches' Dinobio, "DINO: Living High In The Dirty Business Of Dreams." Can't say that I agree with this Lou guy's perspective on the screen play...two thin's seem very Dinoapparent to this Dinoholic....uno...the description of the Dinoscript seems very Dinocongruent with the original Dinobook....time after time Tosches points out how our Dino is such an egnima...just as this Dinoscreenplay appears to be and thus duo, bets ya pallies that this Lou dude never ever read Tosches amazin' Dinobio. Why not drop a Dinoline 'bout what you think of Zammichieli Dinothoughts on the Dinoscript. If y'wanna reads the Dinoprose in it's original form, just clicks on the tagg of this Dinopost... Dinoreportin', DMP


That’s NOT Amore: CC2K Tackles the Unmade Dean Martin Biopic
Written by Lou Zammichieli, Special to CC2K
I wanted to like this script; really I did. After all, what's not to like? A movie about my personal favorite Rat Packer written by the screenwriter who collaborated with Scorsese on two of the best Mob films of all time, Goodfellas and Casino. Throw in my natural affinity for all things Italian-American, and it's a can't miss, right?

First let's start with the style of the script. Mr. Pileggi has transplanted the same writing style he used for the aforementioned films to Dino: an in-and-out, not-precisely-linear style of cut and paste vignettes. This worked for Goodfellas and Casino because they were about something larger than just one man. (Note the titles: Goodfellas rather than "Henry Hill"; Casino rather than "Lefty Rosenthal".) Ostensibly, this is the story of one man, but Pileggi has overstuffed the 168 pages with everything but the cappuccino machine. The final result is something so choppy that the screenwriter must be getting paid by the "CUT TO:" command. Everyone from Lou Costello to JFK to Dorothy Hamill is represented here, and while this may be a jobbing actor's dream, it's an audience's nightmare to try and keep up with.

The Dean Martin reflected in this script seems essentially hollow, only spoken about by others rather than engaged with us personally. You never know quite what makes Dino Crocetti tick. And while its true he was a notoriously difficult man to pin down, we should receive some though-line to see how it all made up "Dean Martin". There is a cursory attempt made to analyze why Dean was so emotionally distant (a horrid emotionally-violated childhood that defies all stereotypes of "warm, loving Italian family") and how that "I don't really care" attitude ultimately burned him (the death of favorite son Dean-Paul Martin in a plane crash, an emotional blow from which he never recoved), but these pay-offs are few.

Bottom Line: I'm relieved that this film wasn't made, because Dean's fans would be ultimately disappointed, and not just because of who was connected for the lead a few years back: that great ethnic actor Tom Hanks, a man as Italian as a Velveeta sandwich on Wonder Bread. Guess they couldn't find an Italian-American actor with any enthusiasm for playing the part.

Dino's long-suffering (and longest-lasting) wife Jeane is (intentionally or not) given the line that seems to serve as Pileggi's writing mantra: "There's nothing there, or too much."

This just in: Internet Rumor has it (get out the salt-licks now) that Joe Mantegna owns the rights to script. Rat Pack fans will remember Joe as playing Dean a few years back in that highly underrated made for TV film called (surprisingly) The Rat Pack. Most people's objection to the film seemed to circulate around an objection to Ray Liotta playing Sinatra as a hot-tempered, egocentric bully with violent, sociopathic tendencies. Go figure.
Posted by dino martin peters at 8:12 AM

From what I've seen, this script seems to be right on the mark with Tosches tome on our Dino. Maybe this guy never did read his book. Who knows. I just wish they would actually make this flick. I'm ready to see a really good Dinobiopic.

Hey pallie Keith, glads to know that a Dinoholic of your stature is Dinoconcurin' with your Dinobro...brings on the Dinobios...

To answer the question: No, I did NOT read Tosche's bio, but most films (especially bios) are usually pretty linear. This was just all over the place.

I too would like to see a good pic about Dean, but this isn't it. It's just too all over the place. And Tom Hanks is the LAST person I'd want in it.

Hey pallie Lou, thanks for stoppin' by...thinks you oughta read Tosches' Dinobio so you can see how Dinocongruent the Dinoscript appears to be...