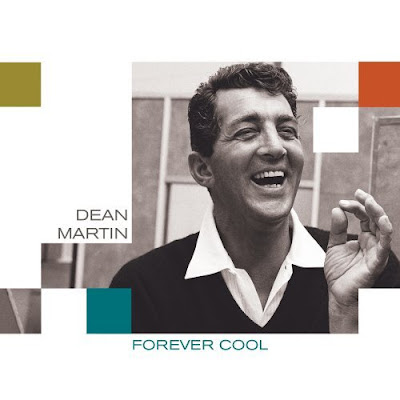 Hey pallies, here's the wonderful news that the new Dinovinyl has hit #39 on Billboard's top 200 list. This is a steller day to declare our devotion to our King of Cool. If you wanna read the news in the original format, please click on the tag of this Dinopost. Never was, never will be anyone as cool as our King of Cool!!!!

HOLLYWOOD, Calif., Aug. 22 /PRNewswire/ -- Around the world, entertainment superstar Dean Martin has the market cornered on charisma, easygoing charm, playful wit, and gracious humility, all of which combine to make him infinitely cool to each new generation of fans. Released worldwide on August 14 by Capitol/EMI, Martin's new all-star collaborations album, Forever Cool, debuts at #39 on Billboard's Top 200 Albums chart, with first week sales totaling 17,242. Available in CD and deluxe CD/DVD packages and digitally, Forever Cool has also enjoyed widespread critical acclaim and strong first-week showings on youth-leaning charts from iTunes, Amazon.com and Borders, among others.

At iTunes, Forever Cool reached #3 on the Vocal chart during its first week. Ranked #5 overall at Borders for the week in a youth-heavy Top 10 Albums chart, Forever Cool was joined by the soundtracks to High School Musical, Hanna Montana and Hairspray and new and recent releases from Amy Winehouse, Dave Matthews Band and Common among the chain's top sellers for the week. At Amazon.com, the CD peaked at #22 and the deluxe CD/DVD peaked at #72 in overall popular music sales during their debut week, fueled by multiple custom programs at the online retailer, including a Flashplayer trailer, a "Music For Entertaining" feature and an August Bonus Book feature.
Dean Martin's inter-generational popularity has never been more evident. Across the online spectrum, Dino's star power has skyrocketed to new heights. At MySpace, he counts more than 16,500 friends, and his recently-revamped, interactive official Website (http://www.deanmartin.com/) has had 154,000 hits in the past week alone. AOL Music, ARTISTdirect and MP3.com have featured Forever Cool alongside High School Musical and Dave Matthews Band. Last week, Yahoo! Music, which boasts more than one million visitors per day, premiered the new music video for Forever Cool's "Baby-O," a playful romp pairing Martin with 19-year-old American Idol finalist Paris Bennett. TV's "Entertainment Tonight" has joined the Forever Cool party with significant coverage, including two feature profiles during the album's release week, and a third to air on "Weekend ET" this weekend.
"No matter what age you are at, you kind of want to be cool, and there was nobody cooler" said Dean Martin's Forever Cool collaborator Kevin Spacey.
Prior to the release of Forever Cool, the phenomenal sales of Capitol/EMI's 2004 collection Dino: The Essential Dean Martin, which collects 30 of Martin's key recordings for both Capitol and Reprise on one CD, provided the strongest signal yet of Dino's continued prominence in the pop-music firmament. As the week's highest-charting new entry, it was Billboard's "Hotshot Debut", and it has sold more briskly than any previous Martin recording, going gold within months and platinum within a year. Dino also hit the Top 5 on Apple's iTunes Music Store album chart. As writer Bill Zehme observed in a 2004 Playboy feature, "Dean provides smooth, winking succor to generations anew."
More than 40 years after knocking the Beatles' "A Hard Day's Night" out of the #1 chart position with "Everybody Loves Somebody" in 1964, Dean Martin continues to enthrall music fans around the world. Said famed producer Phil Ramone, "I think Dean's whole re-birth, so to speak, is that young people have realized how cool he is and how funny he is ... and he could sing."
Said Martin's daughter, Gail Martin, "It gives me a warm glow to know that everybody -- all ages, all generations -- just seem to adore him and want more of him. That's exciting, and it doesn't surprise me."
Forever Cool's 14 tracks pair Martin's original vocals with new arrangements and an all-star group of collaborators in a salute to the unparalleled talent and charisma of the man known around the world as Dino. The album's inspired new recordings, woven together with several rare and previously unreleased clips of Martin's witty studio banter, feature Grammy winner Joss Stone, two-time Oscar(R) winner Kevin Spacey, saxophonist Dave Koz, Grammy winner Shelby Lynne, trumpeter Chris Botti, international superstar Robbie Williams, "American Idol" finalist Paris Bennett, country music star Martina McBride, French entertainment icon Charles Aznavour, Italian chart-topper Tiziano Ferro and other music greats. The new album swings, swaggers, rocks, rolls and whispers, gently closing with a previously unreleased a cappella version of "Lullaby" sung by Martin.
"It's like a cocktail party on a record," said Forever Cool executive producer Jane Ventom, "where all sorts of wonderful, unique guests get up and make music with the host."
Forever Cool's production team includes EMI Music Marketing vice president of A&R Jane Ventom and Dean Martin's business manager Laura Lizer as executive producers and Rob Christie as producer, with recording and mixing by co- producer and 15-time Grammy winner Al Schmitt (Norah Jones, Ray Charles, Diana Krall, Quincy Jones, etc.). Select tracks were produced by 12-time Grammy winning producer Phil Ramone (Tony Bennett, Paul Simon, Ray Charles, etc.), Grammy-winning producer, arranger and conductor Patrick Williams (Frank Sinatra, B.B. King, Barbra Streisand), and Bobby Colomby (Chris Botti). The album's tracks were recorded and mixed at Capitol Studios in Hollywood.
"Offstage, I want to be like Dean Martin -- funny, handsome, charming ...," said Robbie Williams. "I have got it nailed (laughs)." Echoed Shelby Lynne, "I'm not gonna lie. I'd love to be Dean Martin."
Martin's effortless vocalizing has become a modern shorthand for cool, as evidenced by the use of his songs in films like Goodfellas, Casino, Swingers, Out of Sight, L.A. Confidential, A Bronx Tale and Payback, as well as top- rated television programs, including "The Sopranos," "Ugly Betty" and "Dancing With The Stars." Martin's music has also been featured in major brand TV advertising for Nissan, Microsoft, Marriott Hotels, Carl's Jr., Heineken, this year's Superbowl-premiered Budweiser commercial with "Ain't That a Kick In the Head," and many others.
"He made music that's going to stand the test of time and be around forever," said Spacey. "People will always be listening to Dean Martin."
Dean Martin's approach to life with an easy smile, a graceful melody and an aura of unflappable cool is a style that was made to last forever.
For more information, please visit Dean Martin's official Website: http://www.deanmartin.com/.

Capitol/EMI
Posted by dino martin peters at 7:52 AM

I thought it was such great news that Forever Cool cracked the Top 40. I'm sure it will continue to be a smashing success. More and more people are discovering the magic and mystery of the King of Cool. This is a great time to be a Dinoholic.

Hey pallie Keith, thanks for your Dinovisit. Yeah, I think this just may be the best time in all of Dinohistory to be groovin' on the King of Cool. Did I mention to you that I think #39 is particularly Dinocool 'cause we often refer to 39 as the age of eternal youth...and our Dino is truly the eternal essence of cool...and will eternally be youthful for Dinosure!