For ten years, ‘Italian-stallion’ Dean Martin and the rather less fortunate-looking Jerry Lewis worked as a double act.

Hey pallies, likes today we gets a lesson in Dino-history from the new-to-ilovedinomartin blog "JAQUO" where columnist Miss Jackie Jackson retells the Dino-tale, "When Jerry Lewis saved Dean Martin from an angry mobster."

We don't wanna shares any of the details of how Mr. Lewis rescued his most beloved partner Dino from a mobster, 'cause then you wouldn't have any reason to read the prose below.  Since Miss Jackson included a pix of the cover of Mr. Lewis' tome of amore to our Dino, "Dean & Me - A Love Story," we are quite certain that her retellin' comes directly from the Lewis book...and reminds us that it is more then time for us to reread Lewis' retellin' of their decade long partnership and friendship.
Indeed, it was this volume that made us see how deeply Mr. Lewis cherished his relationship with our Dino and changed hugely how we perceived Lewis himself.

We thanks Miss Jackie Jackson for sharin' this important moment in our Dino's journey and the pallies at "JAQUO" for puttin' into print to draw many many into deeper, purer, and truer devotion to our main man.  To checks this out in it's original format, simply clicks on the tag of this here Dino-report.  Dino-always, ever, and  only, DMP


When Jerry Lewis saved Dean Martin from an angry mobster 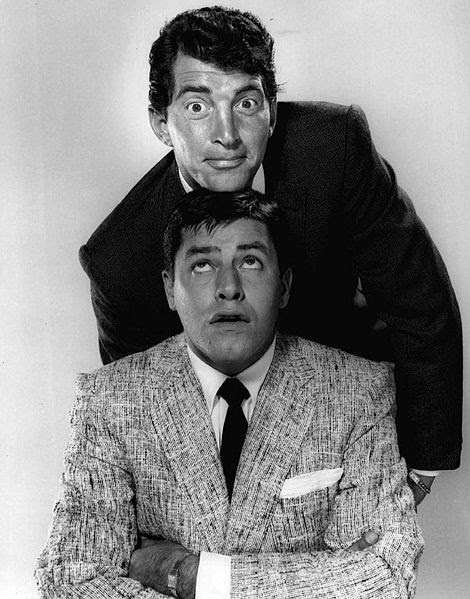 For ten years, ‘Italian-stallion’ Dean Martin and the rather less fortunate-looking Jerry Lewis worked as a double act.
They worked together for ten years – from 1946 until 1956. They were popular on television but also toured the country performing in nightclubs.
It was in one of these that Dean Martin was very nearly shot by a mobster – until Jerry Lewis stepped in.
And as you might expect, it was over a woman.
Dean Martin was known as something of a heart throb in those days. But, considering what many Hollywood stars of the times were like, his marital life was rather restrained. He married three times, that’s quite subdued for entertainers in those days.
His first marriage lasted eight years and it produced four children. His wife became dependant on alcohol which could have been the cause of the marriage breakdown. Dean was granted custody of the children.
He was with his second wife for twenty four years during which time three children were born. There was a further three year marriage too.
It’s quite difficult to find anyone who knew him that has a bad word to say about him.
But many people will admit that he loved the ladies.
In the nineteen forties and fifties, it was virtually impossible to be an entertainer in the United States without coming into contact with the Mob. 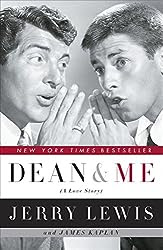 Dean and Me: (A Love Story)

This was particularly the case for those like Dean Martin and Jerry Lewis who were entertaining in casinos and nightclubs – most were owned or controlled by the Mob and it was hard to avoid them. This was particularly the case in South Florida.
The double acts was performing in Miami. In his book, Jerry Lewis doesn’t name it, just in case there are people around who remember the event. There was a young woman in the audience who caught Dean’s eye. She was sitting with a rather grumpy-looking boyfriend.Dean did what he generally did when he spied a gorgeous girl in the audience, he performed entirely to her – singing and flirting from the stage.
When the show was over, Jerry Lewis headed to the men’s room.
There he found Dean and the young lady’s grumpy boyfriend standing face-to-face. But what Jerry noticed immediately was that the boyfriend was pointing a .38 special directly at Dean’s stomach. And he wasn’t larking around. What’s more, Jerry recognised him as one of Meyer Lansky’s men, but what he calls ‘one of the crazy gangsters.
He explains that these crazy gangsters have hair-trigger tempers and are likely to bump anyone off given the slightest provocation – and think no more about it. Without thinking, Jerry stepped between the two men. The gun was now pointing at his stomach.  He then, to put it into his words, proceeded to do the ‘verbal tap dance of my life’.
‘You have to understand’ he told the gangster ‘ people make mistakes. That’s why they have erasers on pencils’.  He went on to explain that Dean had made a mistake when he had crooned at the mobster’s girlfriend but he offered him his hand to shake and said that he gave him his word of honor that he would make sure that Dean never did it again. In other words, Jerry grovelled.
Gradually, the mobster lowered the gun. Giving Dean and Jerry evils looks, he holstered his gun and left the men’s room.
The two partners stared at each other. They were both white in the face with fear. Then Dean broke the deafening silence. He said:

I’ve never seen a more stupid sonofabitch – you could have been killed!