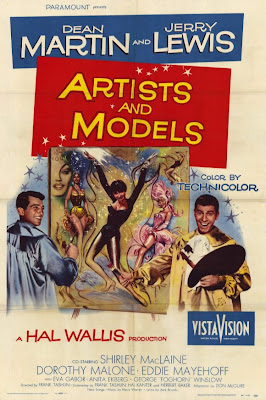 Hey pallies, now here is a stellar Dino-post for your Dino-readin' Dino-pleasure. From the blog "Cockeyed Caravan Underated Movies And Other Stories" comes this grand Dino-prose on the greatest flick that our Dino and the jer ever made, "Artists And Models." From the pen of blogger Mr. Matt Bird, comes mucho amount of insight into the classic qualities of this very underrated Dino-classic. So diggs how Bird speaks of our great man in such hipster terms..."but Martin has enough preternatural cool for both of them" (the both, of course, referrin' to our beloved Dino and the kid).

Gotta say our thanks to Matt for sharin' his deep appreciato for "Artists and Models," hopefully drivin' pallies of all ages and stages to viewin' it. It is so so refreshin' to find such Dino-support all over the web. Such helpful reviews certainly will draw many more to knowin', lovin', and honorin' our Dino.

Likes after readin' this I just gotta make a Dino-commitment to wathchin' "Artists and Models" this very Dino-night! Dino-devotedly, DMP btw, almost forgot to mention, that as usual, if you click on the tagg of this Dino-patter you will find your way to Mr. Bird's wonderful blog and can read his words there. 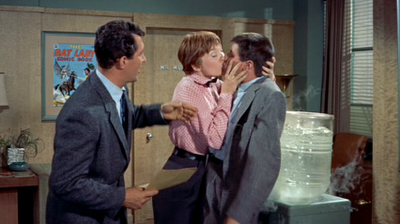 The Story: Jerry’s brain has been addled by too many “Bat Lady” comic books and now he babbles wild stories in his sleep. Dino uses those stories to take over as the new writer-artist of the comic-book, but this leads to mix-ups with Malone and MacLaine, the original artist and her model. 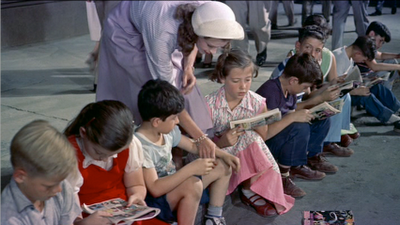 How it Came to be Underrated: As I mentioned when I covered The Girl Can’t Help It, former-cartoon-director Tashlin has only recently gotten the recognition he deserved. Even so, this one lagged behind because it wasn’t on DVD, but that’s recently been rectified.


l. If this is first movie you’ve seen from Lewis’s heyday, you may fear that he’ll be a little over the top. And you’d be right. At times, he can be broader than the broadest Jerry Lewis imitation, but Martin has enough preternatural cool for both of them. They’re not attempting to play human beings at all—Martin is the ultimate dream of who we want to be and Lewis personifies our worst fears about how the world perceives us. 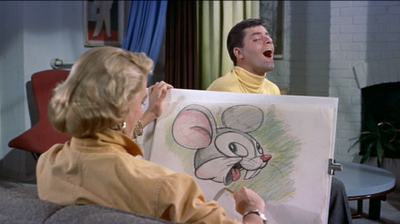 2. The satire of the 1950s comic industry is wickedly sharp. Malone’s publisher craves sensation: “62 pages of drawings and no blood? Not even an itsy-bitsy nose bleed? Suffering catfish, do you call this a book for kiddies? With no stranglings? No decapitations?” There’s even a psychologist character who’s clearly based on Frederick Wertham, author of the infamous comic-book exposé “Seduction of the Innocent.” This is a lot of the same material that has shown up recently in acclaimed books like “The Adventures of Kavalier and Clay” and “The Ten Cent Plague” but here they are satirizing it in real time, as it happened! 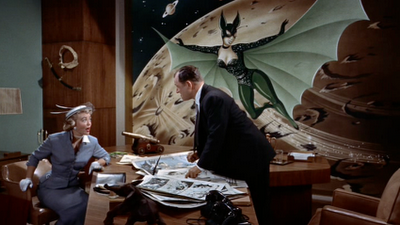 3. At this point in her budding career MacLaine was establishing herself as the working-class Audrey Hepburn: She was just as button-cute but with a little less of that unworldly grace, so that meant that she was allowed to go for bigger laughs. As always, she steals the movie. 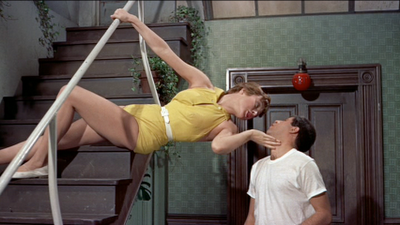 4. Tashlin has a great quality for a comedy director: he gets bored easily. Suddenly, two thirds of the way in, Jerry dreams up a working rocket-fuel formula and a Soviet spy played by Eva Gabor shows up to steal it. Because why not?

If You Like This, You Should Also Check Out: Tashlin not only made the best Martin and Lewis movie, he also made the best Bob Hope movie—Son of Paleface. It’s just as satirical and maniacal as this one is.

How Available Is It?: It’s finally on DVD, but it shares a disk with another Martin and Lewis vehicle, You’re Never Too Young.
Posted by dino martin peters at 7:06 AM