His Life and Times, Dean Martin 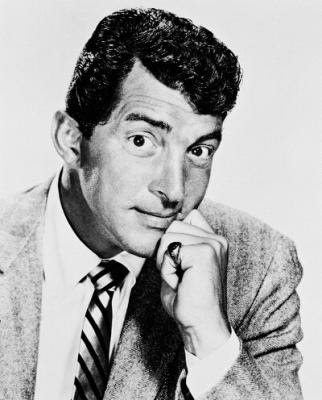 Hey pallies, today's we have some Dino-fun for all your Dino-lovin' pallies. From the pad Fun Trivia comes this little multiple choice Dino-details Dino-quiz. The dudes at the site calls it trivia, but all true Dino-holics know that nothin', and likes I mean NOTHIN', 'bout our Dino ever was or ever will be of the trivial nature.

Below is a 10 question Dino-challenge that oughta be on the easy side for anyone who claims to be a Dino-phile. Only one of the ten Dino-quires make me stand and pause before I answered...and gotta 'fess up that I guessed, but I guessed right...and thus got ten of ten Dino-right.

To takes the quiz you will need to clicks on the tagg of this Dino-gram to goes to the origianl site tagged "Fun Trivia."

And, likes be sure pallies to drop some Dino-patter here lettin' us all know your Dino-score. Dino-enjoyin', DMP


His Life and Times, Dean Martin
Created by mrbondskin

Fun Trivia : Quizzes : Lewis & Martin
"When the quiz hits your eye like a big pizza-pie, that means it's time for Dean Martin trivia. He may be best known as a member of the infamous Rat Pack, and one of Frank Sinatra's pals, but there was much more to the man's life."
15 Points Per Correct Answer - No time limit

1. What was Dean Martin's given birth name?

2. Where was Dean Martin born?

3. Which of the following jobs did the young Dean not pursue?

4. When Dean (known then as Dean Martini) began working and singing in the Ohio area, what was the name of the first major band that backed him up?

5. In what year did Dean Martin release his first, and unsuccessful, single record, 'Which Way Did My Heart Go'?

6. What was the name of Dean Martin's first wife?

7. How many children did Dean Martin have with his first wife?

8. How many children did Dean Martin father with wife No. 2?

9. In the summer of 1946, Dean Martin appeared in Atlantic City on the same bill as Jerry Lewis. They got together backstage and began working on material. After they performed together on-stage, they were an instant hit. What was the name of the club where they first appeared as a team?

10. When Hollywood came calling, Martin and Lewis signed with which picture studio to a multi-movie deal?