..... a vehicle for Dino to romp with a lot of beautiful women.

Hey pallies, likes we gotta say that we loves how the Matt Helm flicks which are now either 50 years old, or close to it are still providin' the purest of  pleasure for folks of all times and stripes, for pallies of all ages and stages. Today ilovedinomartin takes you to an Amazon.come review  pad where Mr. Tim Janson  has potently ponticiated in the coolest of cool ways on the quartet of Matt Helm silver screen epics.

Likes we  knew for certain that we was gonna absolutely loves Janson's Dino-reflections when we read these powerfully  proscriptive words...."The plots of the four films are almost secondary to Martin's scenery chewing, and that's just how I like it as he brought humor and charm to his role as Super Spy Matt Helm." Likes truly this dude "gets Martin" and understands his genius in playin' swingin' spyster Matt Helm. Absolutely there is no one more coolly charmin'....no one for hugely humurous...then our most beloved Dino as Helm.

We certainly encourage all dudes to beautifully  bask in the Dino-light of Tim's tiny but mighty ravin' reviews of each of the four Helm flicks....indeed this Janson pallie even knows that numero 3, "The Ambushers" is the weak link in the Helm chain.

ilovedinomartin salutes Mr. Tim Janson and the folks at Amazon.com for his wonderful insights into the absolutely awesome pleasures associated with viewin' our great man in his great role as Matt Helm. To view this in it's original format, simply clicks on the tag of this here Dino-message. Keeps lovin' our Dino and likes keeps spreadin' the Dino-message of cool!

btw, enjoys the swank samplin' below of Dino-images from each of the Matt Helm films. 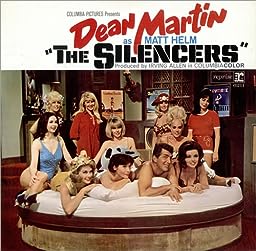 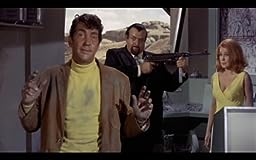 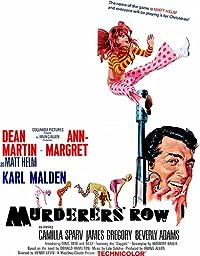 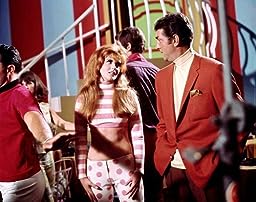 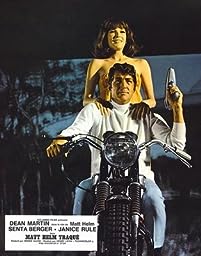 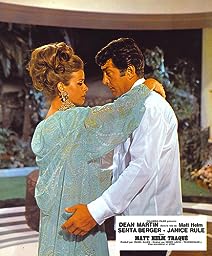 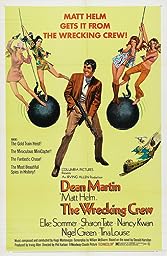 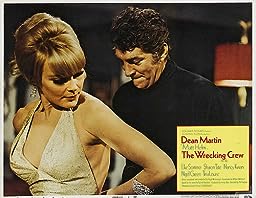 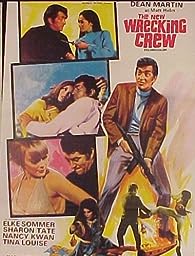 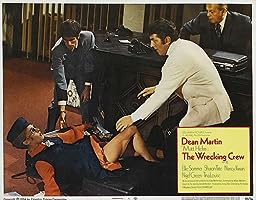 This review is from: Matt Helm Lounge: The Silencers / Murderers' Row / The Ambushers / The Wrecking Crew (DVD)

I admit to having a great affinity for Dean Martin. To me he was the essence of cool in the 1960's. Considering he was 49 years old when he did the first Matt Helm movie, The Silencers, that's really saying a lot about his popularity and influence back during that period. I Just loved watching these films on TV as a kid. My brother always preferred the Bond films, but even as a youngster I appreciated the humor and charm that martin brought to his role as Super Spy Matt Helm. The plots of the four films are almost secondary to Martin's scenery chewing, and that's just how I like it.

In "The Silencers" Helm, an agent for ICE (Intelligence and Counter Espionage) is out to stop the usual baddies The Big O from detonating a nuclear bomb and starting world war III. The gorgeous Stella Stevens is along for the ride as is dancer Cyd Charisse. Victor Buono best know as Batman villian King Tut, plays a Chinese baddie!

"Murderer's Row" is the second Matt Helm film and this time Karl Malden plays the villian role as Julian Wall who has kidnapped a scientist with the intention of using his new device to blow up Washington D.C. This time Dean is joined by the lovely Ann-Margaret who plays the scientist's daughter, Suzie.

"The Ambushers" is up next and there's a lot of debate on if this film is better or worse than Murderer's Row. I rate them this one a bit below the previous one due to there being no real top name female co-star this time. An experimental U.s. space ship has been stolen and it's up to Matt to get it back...in-between drinking and lusting after the ladies!

The "Wrecking Crew" is the last Matt Helm film and I think one of the best. It contains a bevy of 1960's beauties including Gilligan's Island's Tina Louise, along with Elke Sommer, and the late Sharon Tate. As usual the plot of Helm trying to recover a fortune in stolen gold, is secondary to the hi-jinks of martin's character. Bruce lee choreographed the fight scenes.

Anyone who goes into the Matt Helm films trying to take them seriously is in for trouble. These were pure, tongue-in-cheek spoofs of spy films and a vehicle for Dino to romp with a lot of beautiful women. Expect anything more and you will be disappointed. But if you love Dean's 60's cool then this is a great set to have.
Posted by dino martin peters at 7:12 AM

A great review and read on this series of Dean Martin films. They are as much fun today as they were when they first came out all those years ago. Not a lot of films are remembered too long after they leave the theaters but Deans films all seem to stand the great test of time. I for one would not be surprised if they get remade one day but of course who in the world could play Matt Helm the way Dean did? No one of course but it would be fun to see how they would fare, maybe some day. Thank you DMP for a wonderful posting as always.

Hey pallie, likes Scotty-o, likes youse always always make so much Dino-sense and readin' your potent patter is always of such great encouragement to those of us who hang out here at ilovedinomartin. Thanks ever so much, first of all, for your loyalty to our Dino, and second, to our humble little Dino-blog. Keeps lovin' 'n sharin' our most most beloved Dino!