The star of "The Wrecking Crew" is the man himself, Mr. Cool, aka Dino Martin!

Hey pallies, likes today we shares with youse the fourth and final incredible installment of grooviest of groovy Dino as Matt Helm devotion from our Dino-diggin' pallie ""Eegah!! and Tabonga! who, as we've said previously, hangs his hat at the beautifully  bodacious blog, "The Dwrayger Dungeon - Where it's 13 O'Clock on the 13th Floor!  - A Cyclopedia of the Wild 'n' Weird Side of Movies & TV."

Today E&T shares with us his swankly swingin' scribin's of Helmer quartre, "The Wrecking Crew."
Likes once 'gain it's a bountiful beautiful bevy of  purely poetical prose and smartly stunnin' screen caps, and we thinks it's probably E&T bestest of best Dino-adulation a la Helm.  The ol' sayin' "practice makes perfect" seems to awesomely apply here as we think E&T has gotten down the amazin' art of combinin'  coolly captivatin' images with deeply descriptive reflections.......likes the smoothest of smooth mixin' of liquid libations to makes a cocktail worthy of our Dino's imbibin'!

So, likes, sit back and enjoy this remarkable review of "The Wrecking Crew" from our pallie of pallies, Eegah!! and Tabonga!  Thank you kind sir, for all your excitin' efforts in sharin' your powerful passion for our most beloved Dino as Matt Helm.  To checks this out in it's original source, simply clicks on the tag of this here Dino-gram. 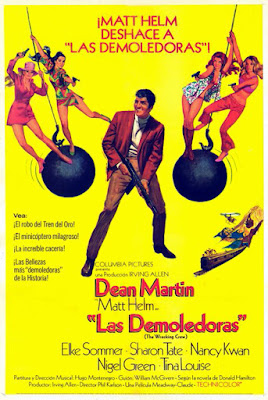 "The Wrecking Crew" was the final installment of four Matt Helm films! The others being "The Silencers," "Murderers' Row," and "The Ambushers!"

Welcome to another hot time Saturday night down in The Dungeon! Mix yourself up an ice cold dry martini or pour yourself a glass of Scotch, and let's get down to some not so serious business! 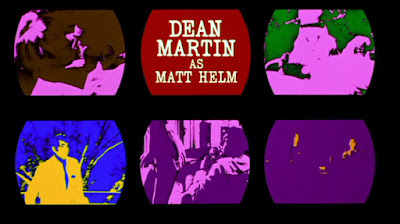 The star of "The Wrecking Crew" is the man himself, Mr. Cool, aka Dino Martin! 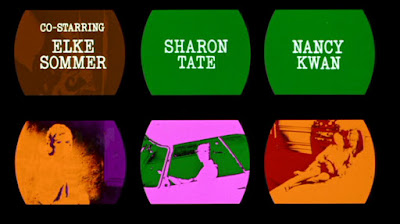 The co-stars are a bevy of beauties that will make any fan of the 60's feel like they found the pot of gold at the end of the corporate psychedelic rainbow! 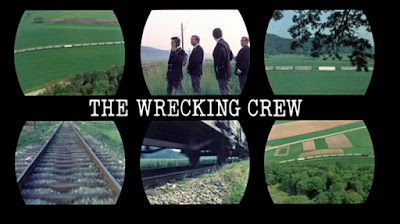 "The Wrecking Crew" was probably my least favourite of the quartet, but is still a fun watch for a number of reasons! Without a doubt, "The Wrecking Crew" is a farce, and if you try to take it seriously, you'll be sorely disappointed! You just have to enjoy it for what it is, simplistically stupid, but a joy to enjoy! 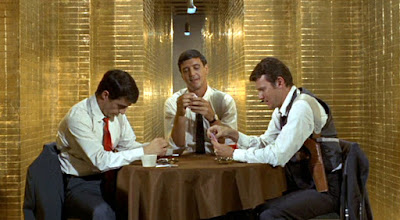 That's a lot of gold bullion, and it's on a train that's about to get hijacked! 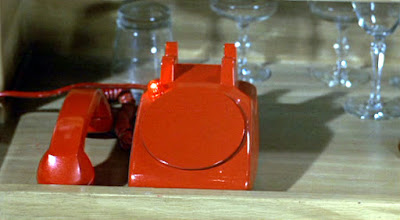 Now THAT is a cool phone! It only calls one very important place, so it doesn't need a dial! 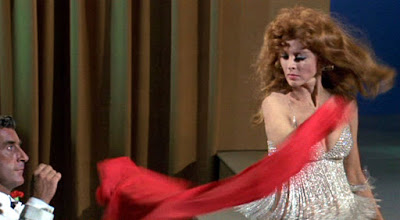 Yet another bombshell who didn't even get top billing was Tina (Gilligan's Island) Louise!
Enjoying Tina's dance is Nigel (The Skull, Jason and the Argonauts, The Face of Fu ManChu) Green as supreme leader Count Massimo Contini, aka: the man who stole the gold! 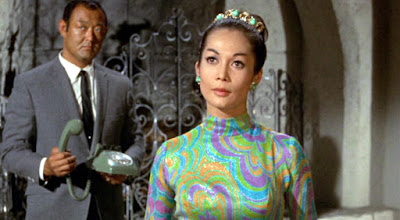 Classy Nancy Kwan as Yu-Rang will probably always be remembered most for her very first two movie classics, "The World Of Suzie Wong," and "Flower Drum Song!" 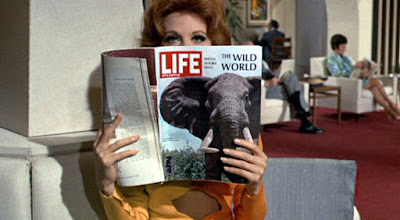 So Tina Louise was Ginger on 98 episodes of "Gilligan's Island" starring Bob Denver, and Bob Denver's gig previous to "Gilligan's Island" was "The Many Loves Of Dobie Gillis" as Maynard, and just what was Maynard's classic line when someone spoke to him?
That's right, it was "You Rang?!" Are you starting to see a pattern here? 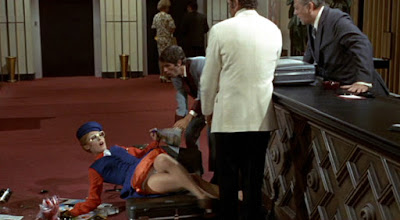 The next gorgeous gal in this feature was Sharon Tate as Freya Carlson, Matt Helm's unwanted clown escort! Surely everybody knows the shocking true story about Director Roman Polowski's wife Sharon Tate who was brutally murdered by the Manson clan! If you don't, Google it! 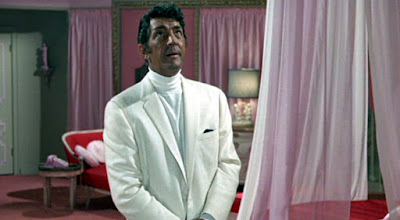 Poor Dean, he has rendezvous with four of the best looking women in Hollywood at the time, and unlike James Bond, his suave character doesn't even ever score once! 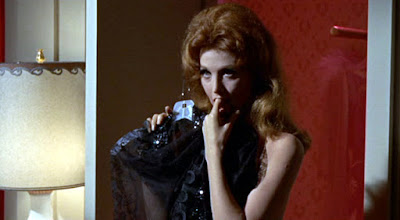 Business is pleasure, but something like a bomb always wrecks all the fun! 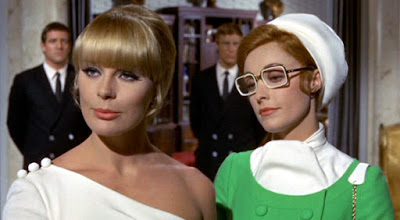 Excellent shot of the two beauties Elke Sommer and Sharon Tate together! Elke has the role of Count Massimo Contini's girlfriend Linka Karensky! 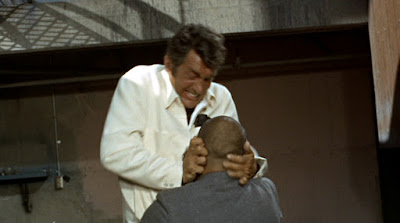 A lot of the fight scenes have an obvious stunt man filling in for Dino, but in  the closeups, he's kicking ass himself! 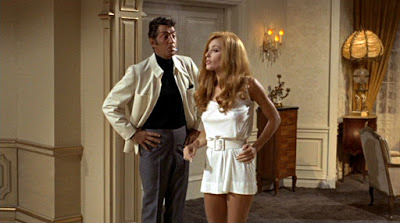 Freya finally lets down her hair, and ditches the clown costume for something a little more appealing to Matt Helm! 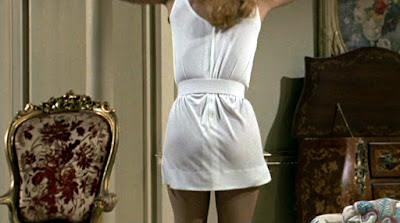 She also does a little dance that just possibly might be the best part of the movie! 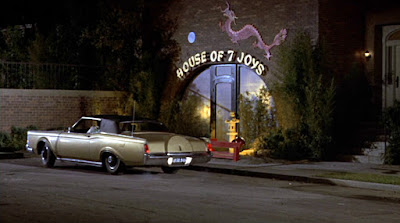 At least Matt Helm gets to drive a cool Lincoln Continental instead of a station wagon in this movie! Here he is pulling up to that world famous dive, the House of 7 Joys which is celebrated in the theme song written by Mack David and Frank De Vol! This movie has a lot of eye candy in it, and I could have chosen a lot more pictures, but that's exactly the reason we've chosen to limit ourselves, otherwise, these things would go on forever! 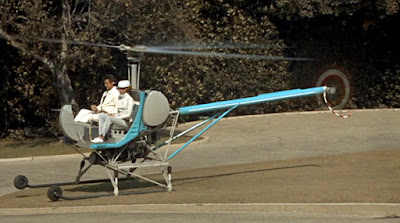 Just in case you never watch this film, you need to know that Matt Helm had all the components to put this helicopter together in the trunk of his car in two large suitcases! 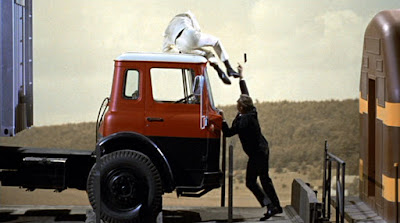 Visually, a lot of "The Wrecking Crew" is green screen city! 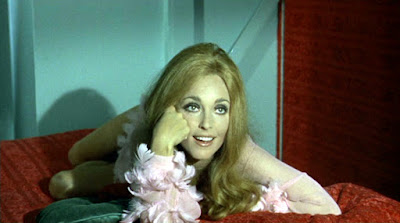 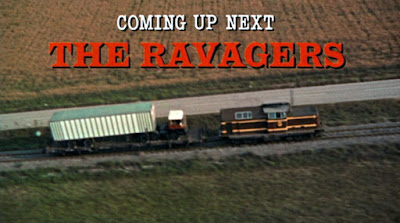 There were plans to have Sharon Tate and Dean Martin reunite for a fifth Matt Helm feature
called "The Ravagers," but Dean refused to continue on with the series after the horrible murder of Sharon Tate by the Manson family, which all adds up to making "The Wrecking Crew" one of the silliest but saddest films of all time!
So that's the last of the Matt Helm films in The Dungeon Library, and now that I see that this 4 DVD set is selling online for a minimum of about $45.00, I guess it's time for my copy to vamanos too!

Cool review, once again! Eegah & Tabonga really have fun with the Helm flicks! As do the rest of us. Thanks for bringin' their Dino-devotion our way, pallie!

Hey pallie, likes it's been coolly cool to be able to share this quartet of Helmer reviews from a pallie who is truly in the Dino-know...Mr. eegah & Tabonga! Keeps lovin' 'n sharin' our most beloved Dino!