Hey pallies, well likes dudes today we arrive at the three quarter way mark in our series of Dino-posts featurin' the fabulous 'n funny covers from the 40 "The Adventures of Dean Martin & Jerry Lewis."  I certainly likes do dig the creativity of the DC Comic folks to create such an assortment of "adventures" for Martin and Lewis" to indulge in.  Likes what a thrill it woulda be to accompany our great man and his pallie Jer on any one of these "adventures" if they woulda happened in real time.

So, likes 'gain, sits back and return to a time in history when Martin and Lewis were the Kings of Comedy....the hottest of the hot.  ilovedinomartin thanks the pallies at the "Comic Vine" for makin' the effort to cover this complete collection of Dino-volumes at there great comic book site.  To checks this out in it's original format...and to note the date that each volume was printed, simply clicks on the tag of this here Dino-gram.  Dino-devotedly, DMP

The Adventures of Dean Martin & Jerry Lewis ("and" on the cover, "&" in the indicia") was a humor comic published by DC from 1952-1957, spanning forty issues, featuring the real-life comedy duo of Martin and Lewis. Martin being the "straight man" and Lewis the "comedic foil", following the group's actual break-up, the series dropped Dean Martin and continued the comedic escapades of Jerry Lewis as The Adventures of Jerry Lewis which ran for another eighty-four more issues. 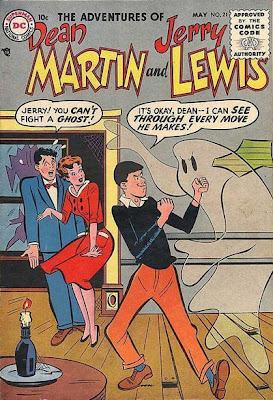 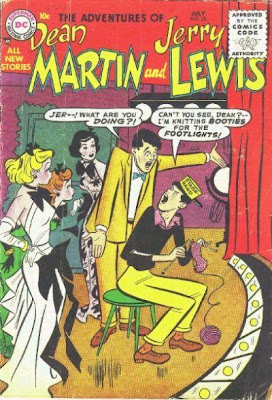 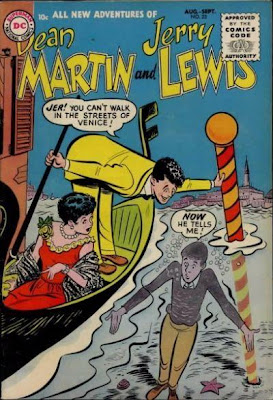 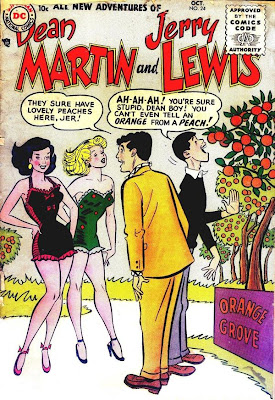 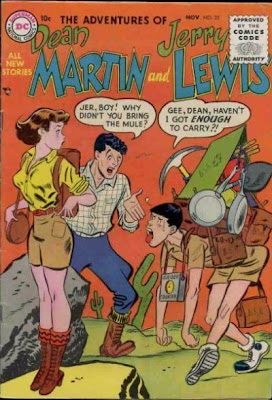 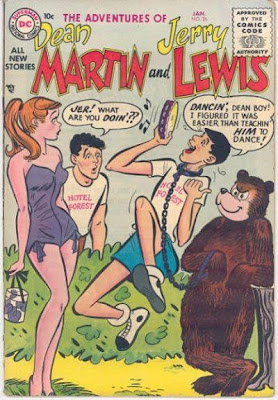 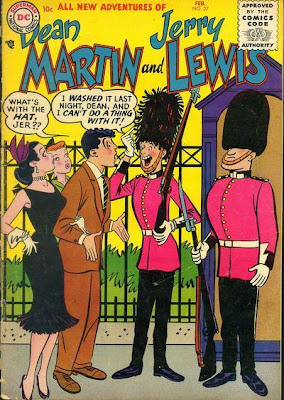 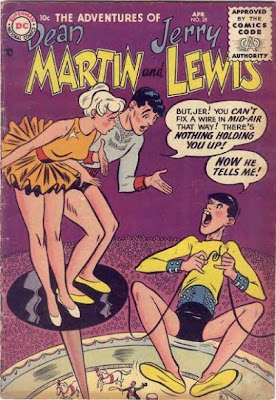 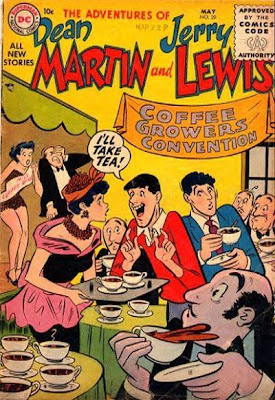 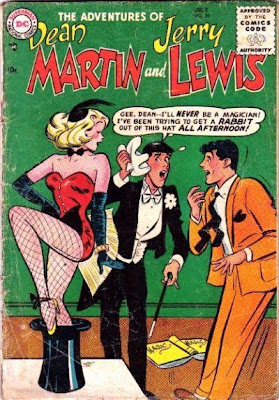