Hey pallies, likes our musical historical pallie Mr. Bob Dearborn is at it 'gain...fillin' us in on 'nother great date in all of Dino-history. From his outstandin' blog, "The Olde Disc Jockey's Almanac," we learn that it was on this day 59 years ago, in 1953, that our most beloved Dino recorded one of his greatest of the great croons, "That's Amore" featured in that hugest of the huge Martin and Lewis comedy classic, "The Caddy"...which was released three days before our King of Cool cut the vinyl for one of his al-b-ums.

Below is that great moment when our great man sang about the moon and pizza pie in the big screen flick, and a filmed version of our awesome Dino singin' it before a live audience. Hats off to our pallie Bob for keepin' his readership up on all these historical Dino-details. To view Dearborn's blog, simply click on the tag of this Dino-gram. Keeps learnin' and lovin' our Dino! Dino-always, ever, and only, DMP 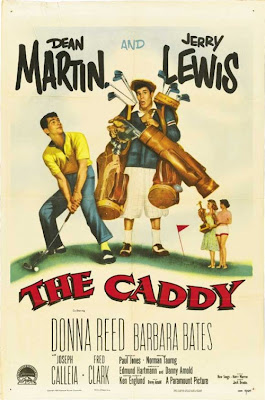